POLICE: On scale of 0 to most-ever intoxicated, man rated himself an 8 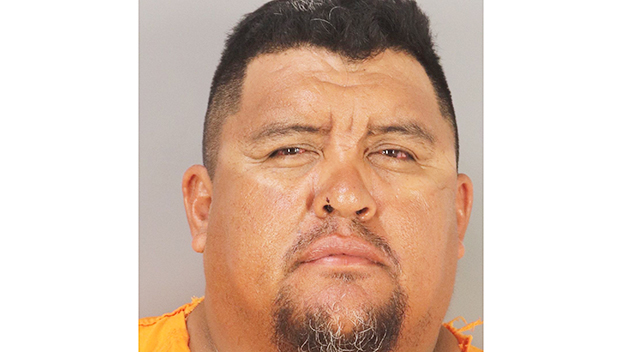 A 42-year-old man from Orange that was stopped due to reckless driving reportedly told police he had never been that drunk before.

Juan Carlos Perez Ramirez was indicted this week by a Jefferson County grand jury on a felony charge of driving while intoxicated.

The charge stems from a May 13 incident in Beaumont.

A person called law enforcement and said they were following a Jeep Patriot that as swerving into the opposite lane and almost collided with an oncoming traffic on Texas 124 near Smith Road.

When a Jefferson County Sheriff’s Deputy arrived, he saw the Jeep pulled over to the shoulder with an SUV behind it flashing hazard lights.

In a probable cause affidavit, the deputy described Perez’s eyes as red and glassy and said he could smell the strong odor of an alcoholic beverage coming from him.

Perez allegedly told the deputy he consumed four or five beers, according to the document.

The deputy told Perez he was not under arrest before having him sit it the police unit and bringing him to a nearby parking lot for safety reasons.

When asked about his intoxication level from zero to 10, the latter being the highest, Perez reportedly rated himself an eight and said he’d never been that intoxicated before.

When asked how many ounces the beers he had consumed contained, the driver reportedly answered “a lot.”

With the use of a language line translator, the deputy administered the Standard Field Sobriety Test, which he allegedly performed poorly and had difficultly balancing.

Perez was previously convicted of DWI on Nov. 4, 2010, in Gregg County Court of Law at Longview and a second offense on June 5, 2017, in San Augustine County Court.

Bond for the May incident was set at $18,000 and Perez bonded out the following day.