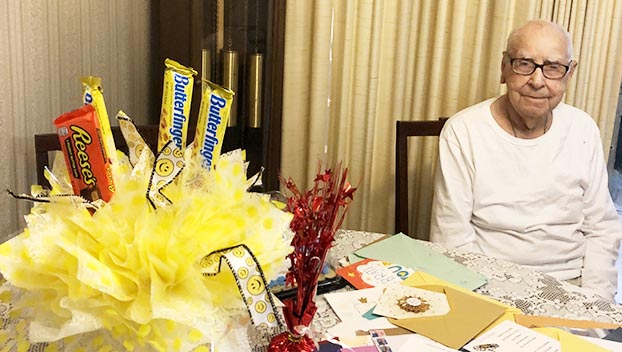 Ray J. Fontenot smiles while sitting next to a gift during a recent birthday celebration. (Courtesy photo)

Ray J. Fontenot is known by those close to him as “funny and sharp.”

He doesn’t forget anything, according to nurse and social worker Paula Tacker.

But you could forgive Fontenot if he happened to forget something from time to time. After all, he turns 102 on Jan. 5.

“He is just hilarious,” Tacker said. “He calls one of our nurses, she is the youngest one, ‘juvenile.’ Everything you tell him, he remembers it and asks you about it.”

Tacker admits that Fontenot does get frustrated with some of his ailments but remains “precious” in the eyes of those who care for him.

The Louisiana native told Orange Newsmedia he has no lifelong secrets to his relative health and long life, adding “I lived a regular, normal life.”

Growing up on a farm with little money, he recalls one of the “fads” from back in his youth day.

“My first memory of a fad is 1930 when bell bottom pants were in style,” Fontenot said.

As a boy growing up in school, he remembers the walkway and playground divided with boys and girls sides. If you crossed the line, you were in trouble, Fontenot recalls. 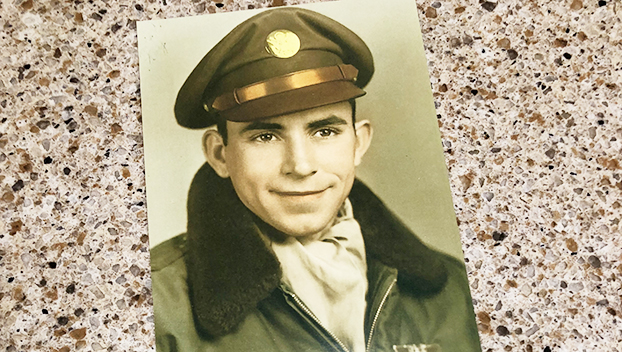 Ray J. Fontenot said he joined the Army Air Corps because he didn’t want to be drafted and told where to go. (Courtesy photo)

The years 1941 and 1942, when America entered WWII, were “disturbing and worrisome.”

“I didn’t wait to be drafted, but joined so I could pick which branch,” he said. “My decision was Army Air Corps; for no other reason than it was my choice.”

Fontenot was on standby to be shipped out when the war ended, a moment he said was one major highlight of his life.

“The ending of WWII was a thankful, joyful time for all of us,” he said.

Fontenot said his graduation was a proud, happy time for his dad — “He made so many sacrifices so I could go to school.”

On a lighter note, Fontenot jokes that he enjoyed music of past generations more, adding “music years ago, you could understand the words.”

Fontenot feels the lightbulb was the most impressive invention. 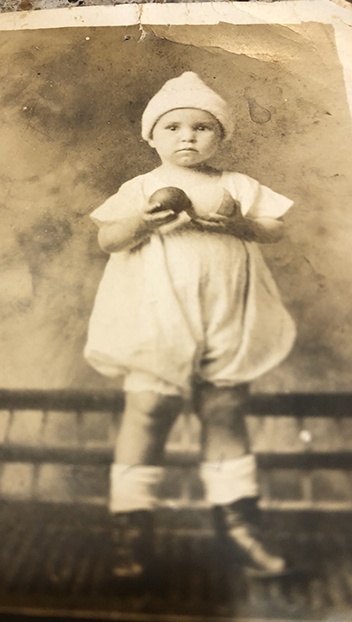 Ray J. Fontenot said he grew up without much money but an appreciation for education. (Courtesy photo)