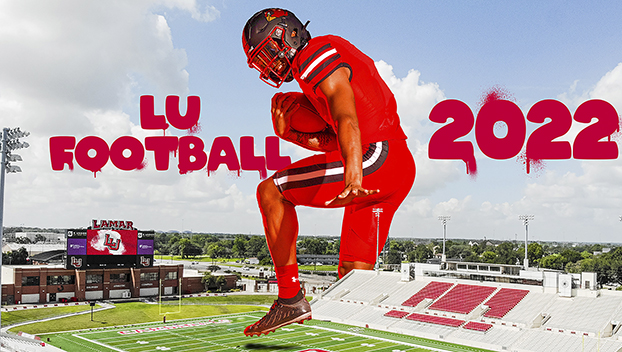 BEAUMONT — With Lamar University’s expedited move to the Southland Conference, the league has released the updated football schedule for the 2022 season, a slate highlighted by 11 games and five home contests.

In addition to playing a Southland schedule in 2022, the league also worked with LU allowing the Cardinals to play all their originally scheduled non-conference opponents (SMU, Northern Colorado, Prairie View A&M and New Mexico State). The season-opener against Abilene Christian remains intact as well and will now be a non-conference contest for the Cardinals.

Big Red will open with three of their first four games on the road but will have a season-long three-game homestand following their open week in the back half of the schedule.

The Cardinals will kick off the season with away contests at ACU (Thursday, Sept. 1) and SMU (Sept. 10) before returning to the Golden Triangle for the season home opener against Northern Colorado, Saturday, Sept. 17th.

The Cardinals kick off their return to Southland Conference play the following week with a contest at Northwestern State (Sept. 24th). The conference home opener will be Saturday, Oct. 1 when LU hosts Houston Baptist. The game against the Huskies will also serve as Homecoming.

Big Red will travel to San Antonio, Texas, Oct. 8, to take on the league’s other Cardinals, which will serve as the team’s final game before the open week. When LU returns from its bye week, they will kick off a three-game homestand that will take them into November. The homestand will begin Saturday, Oct. 22 against Prairie View A&M, and will also include Nicholls (Oct. 29) and Southeastern Louisiana (Nov. 5).

Big Red closes out the 2022 regular season with consecutive road games. The Cardinals will be in Las Cruces, N.M., Saturday, Nov. 12th to take on NMSU in their final non-conference game of the season. Big Red ends the regular season by renewing the annual Battle of the Border against McNeese. The game against the Cowboys will take place Saturday, Nov. 19, in Lake Charles, La.