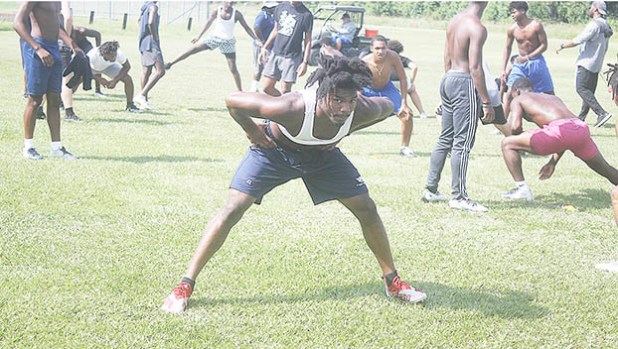 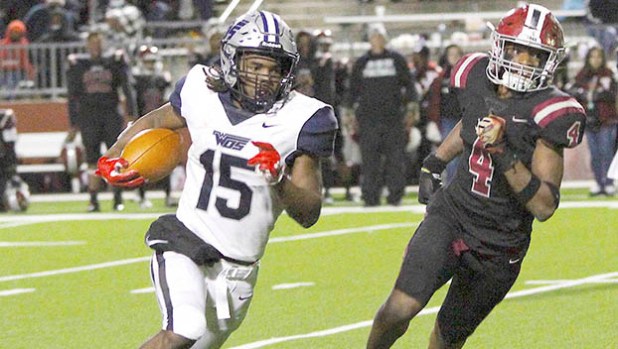 WEST ORANGE — He has been a key cog in the West Orange-Stark arsenal as a sophomore and a junior.

Going into his senior campaign, Mustang jack-of-all trades Jailen Brown prepares to up the ante, as he plans to be all over the field for first-year WO-S head coach Hiawatha Hickman.

As a junior, Brown was a sparkplug, especially on the defensive side of the ball, when he shredded opposing opponents from his rush end spot.

On offense, he played quite a bit in the backfield and at wide receiver. He came on strong in both spots as the season went along and made several huge offensive plays in playoff games.

The Mustangs were 11-2 last season and went to the 4A Division II Region III Finals for the 10th time in the last 11 seasons.

“We had a really good year last year and we definitely want to go further this year,” said Brown. “We have a lot of guys coming back that we can build on.”

Brown is thrilled to have Hickman on board as the new head coach.

“We love Coach Hickman; he knows what is best for us and we’re so happy that he got the job and we were rooting for him,” said Brown. “Coach Hickman knows what it is about around here. He’s been through some battles with the program over the last few years and he knows what it takes and he pushes to get the best out of us.”

Brown will remain in some of the roles he played in last year, but is looking forward to more this season.

“Last year on defense, I was the edge rusher, where I just lined up and went after the quarterback or whoever had the ball,” said Brown. “This year they plan to move me around some and I will play quite a bit at strong safety. Offensively, they plan to give me the ball a little more, which I love. I’m even working some as a Wildcat quarterback.”

No doubt, Hickman loves what Brown brings to the table.

“JB, we all love that kid. He’s what you would call a program guy. He’s up here all the time, getting stronger and soaking everything in,” said Hickman. “He was a beast for us last year in so many ways, whether it was on defense, offense or special teams. We plan to line him up even more in different spots this year. He will play a lot more at strong safety, and that will be his best bet as for as college ball goes, we think. He’s a beast.”

Brown is happy about the turnout the Mustangs have had throughout this blistering summer, and he is having fun working out in new strength coach Cory Bell’s new program.

“Coach Bell has been awesome. He can be tough on us a lot of times, but we need that,” said Brown. “He really motivates us to be stronger on and off the field. We have a lot of people up here every day, more than I’ve ever seen.”

Brown fully understands he is one player who needs to rise up and lead the way so the Mustangs can stampede their way to another tremendous season. WO-S is seeking its 12th straight district title.

“We have a tradition to maintain here,” he said. “So many of us have grown up around here and know what being a part of this program is about. We have to keep the focus. We have goals we want to reach like always, but we know it’s a long season and it is all about preparing for what is ahead of us the next week.”

Hickman is proud to have watched Brown improve from year-to-year and can’t wait to see how he produces as a senior.

“JB, we feel very comfortable in him as far as being a leader,” said Hickman. “He goes about all of his business well. He takes care of what he has to do as far as workouts go and leading the way there. He’s also a very solid student, gets things done in the classroom. And, man, he looks good right now. All of the kids are starting to look great. They have really bought in to our summer program.”