VAN WADE — College football is changing; will it be good or bad? 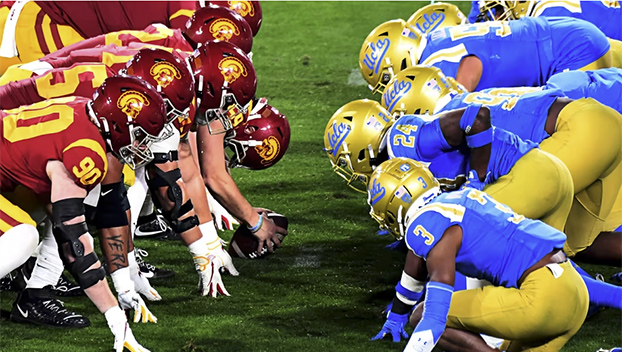 The prospect of money over quality is once again possibly putting a damper on college football, and it is challenging this long-time fan on what could come around the corner next.

One year removed from the Big 12’s blue bloods, Oklahoma and Texas, deciding to jump ship for the SEC, USC and UCLA have done the same to the PAC-12, opting to join the Big 10 to secure a bigger bag.

The SEC and Big 10 now have 16 members each and it is theorized that each conference would end up with 20 or more by the time the smoke clears.

It gave teams that had consistent success in the Big East and at the Group of Five level a better chance at a title, even if it eventually resulted in the demise of the Big East.

But the recent shifts have provided two conferences with unfair hands and could doom the rest.

When you think about college football from a quality standpoint, like most fans of the sport do, neither move makes sense.

Obviously, it makes sense financially, with the SEC and Big 10 bringing in more revenue than the Big 12 and PAC-12, but that isn’t what fans of the sport care about.

Regarding the Big 12, the conference hasn’t had this many contenders since the late 2000s. Sure, Oklahoma won every Big 12 title from 2015-2020, but schools like Iowa State, Oklahoma State and Baylor have emerged as teams that could challenge them for the conference throne, with Baylor taking claim of it in 2021.

Each of the aforementioned teams and Texas have won a New Year’s Six bowl since 2018.

While the PAC-12 has seen better days, they have had playoff contenders since the playoffs cranked up, and the conference is no longer the USC-Oregon show that it had been in the 2000s and 2010s.

USC and Oregon have had their moments, of course, but teams like Washington and Utah have shown they could take them down and even surpass them in talent.

But if the Big 12 and PAC-12 continue to lose teams (with Oregon and Washington already expected to leave the latter) and the playoff expansion gets pushed back further, a lot of potential championship contenders will be overlooked in December.

The winners of the SEC and Big 10 championships are practically guaranteed a spot, and any 11 or 12-1 runner-up will also be considered.

I’m a full-fledged college football fan and longtime Big 12 Conference and a former great fan of the old Southwest Conference and all of this just seems like madness to me, and not the March variety.