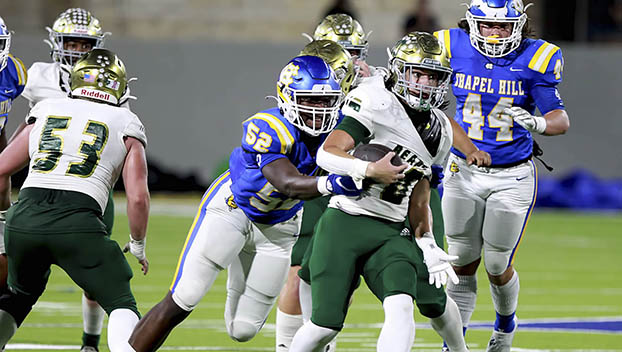 Little Cypress-Mauriceville was the lone Southeast Texas school on the elite list, finishing a solid No. 16 in the Class 4A rankings.

LC-M had a strong season in just about every sport. The Bears made the fourth round of the football playoffs for the first time since 1997.

It was a historic year for Lorena, as the Leopards won their first-ever UIL Lone Star Cup title. Lorena earned a state championship in football and medaled in girls cross country and volleyball. The Leopards also benefitted from deep playoff runs from boys basketball and softball for a total of 96 points.

After finishing as runner up in 2020-21, Mason won the UIL Conference 2A Lone Star Cup by capturing state titles in congress, girls golf, One-Act Play, while also earning points for the most match wins at state tennis. The Punchers also finished as runner-up in academics and spirit. The win marks Mason’s third overall Cup championship.

In Conference 1A, Abbott earned its first-ever UIL Lone Star Cup. A state championship in One-Act Play helped the Panthers to 64 total points in 2021-22. A state tournament appearance in baseball and a deep playoff run in football also contributed points in helping Abbott breakthrough after two second-place finishes in school history.

The UIL Lone Star Cup program began during the 1997-98 school year and recognizes six high schools (one in each of the six UIL conferences) based on their overall team achievement in a variety of sanctioned academic, athletic and music championships. All UIL member high schools in good standing are included in contention for the UIL Lone Star Cup. Trophy presentations will take place in the fall at events chosen by the winning schools.

Here is how the overall Class 4A standings looked: