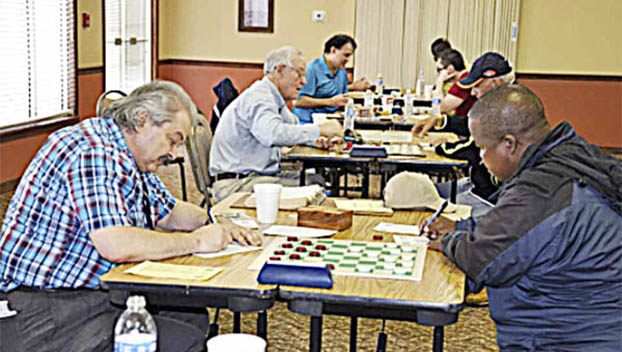 Players from across the globe start arriving Monday.

World Champion Lubabalo Kondlo, of South Africa, is considered one of the favorites.

Another World Champion, Alex Moiseyev, will be one of the favorites. Moiseyev is a nine-time World Champion and respected across the world.

Vidor has quickly become a major player in the World of Checkers. Players across the world are familiar with the name and city. Vidor has hosted major tournaments for the past six years.

The tournaments are headed by Vidorian Watson Franks, a promoter and major player.

“Hosting this year’s Nationals is a major coup for the city of Vidor,” he said. “Players from across the world will be traveling to our town and will see firsthand our hospitality and friendliness. Vidor is known across the World as a major supporter of the game of checkers.”
Franks is competing in this year’s event.

The Tournament is open to all players and begins Tuesday at 8 a.m.

There are three divisions with prize money spread across the board. There is a Children’s Division for ages 12 and under.

The tournament runs from Tuesday at 8 a.m. until noon July 8.
Guests and newcomers are welcome.

There is a $50 entry fee for the Master’s Division and Majors Division.

The Minor Division for newcomers requires a $25 fee, and a registration with the ACF is available at the door.
The tournament is held at the Holiday Inn Suites on the North Service Road in Vidor.