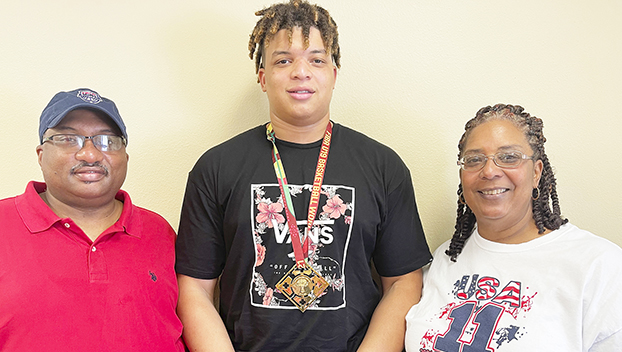 The Port Arthur native did not hear his named called during the NBA draft Thursday night but did not have to wait long to find out which team would take him. Not long after the draft, multiple reports showed Lofton reached an agreement with Memphis.

Lofton’s dad, Kenneth Lofton Sr., said Memphis had been in contact with Junior for several.

“A couple of days before the draft, they already had that deal in place if he didn’t get drafted,” Lofton Sr. said. “He was blessed to go into the draft with a deal already. That eased some of the nervousness of watching the draft.”

Lofton Sr. said his son left Friday to go to Memphis to sign the contract.

“He will be out there and get ready for practice,” Lofton Sr. said. “He has to play in a California summer league. He will also play in the Las Vegas summer league.”

The concept for a two-way contract was first introduced for the 2017-18 season as a way for teams to have more players at their disposal and give fringe players an opportunity for bigger roles in the league.

Teams can only have two players on two-way contracts in addition to the 15 allocated roster spots. Only players that have been in the league four or fewer years are eligible and can only play in 50 of a team’s 82 games. Players on two-way contracts are also able to go to their team’s respective G-League squads, which are used for player development.

If Lofton does not land a roster spot on the Grizzles, he could play for the Memphis Hustle.

Lofton Sr. said the family already has a trip planned to watch his son play in the summer league.

“We are going to Vegas to watch him play July 7-17,” he said. “Memphis is our new favorite team.”

Lofton declared for the draft earlier this year after two seasons at Louisiana Tech. He took Conference USA by storm, earning several freshman accolades and made the conference’s first team this past season averaging 16.5 points and 10.5 rebounds per game in 2021-22.

Lofton’s dad said the contract can be made into a rookie deal at any time.

“They have a roster spot for him,” Lofton Sr. said. “He has always been a kid that has worked hard. Memphis told him that he is a part of their future.”