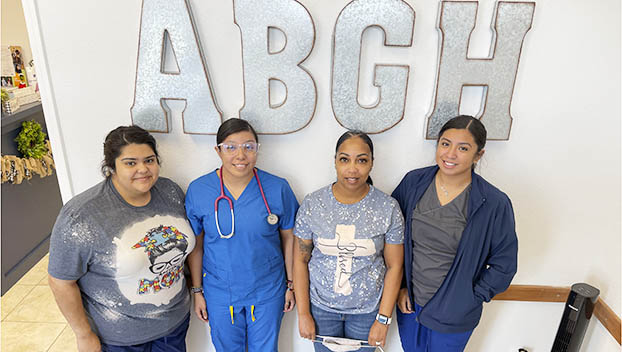 PORT ARTHUR — While COVID-19 destroyed a great deal of local businesses, in a way it helped propel AB Genuine Health.

Anasha Butler, FNP-C, opened her Port Arthur practice in April 2020, and immediately began offering COVID-19 tests. At the time, they were not easy to find.

The success since then has encouraged her to plan an expansion move into surrounding areas in the future.

But the surrounding area has already found her.

“I had a whole family from Orange come (Monday),” she said. “I get shocked still. They came all the way out here with four kids just because they wanted to see what I was about. I call that God’s favor.” 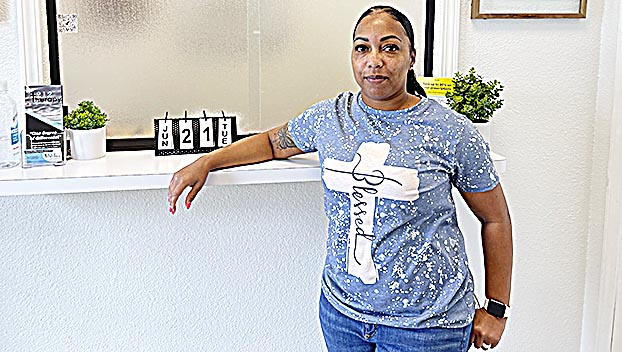 Anasha Butler, FNP-C, began her Port Arthur business in 2020, and hopes to soon expand to surrounding areas such as Orange and Beaumont. (Monique Batson/The Leader)

“We had people from Beaumont, Orange — I even had people from Lake Charles,” Butler said. “A lot of those people got a chance to know us from there and came back for regular visits because they remembered us helping them.”

At the time, AB Genuine Health was located in an area near the former Park Place Hospital in Port Arthur, which was hard for patients to find. So in August of 2021, they moved to the current location at 3600 Gulfway Drive in Port Arthur.

“I didn’t want to be by the mall,” Butler said of choosing her office space. “I wanted to help these people that are around here.”

“It was never my plan to be a pedi nurse,” she said. “It chose me. So when I started here, I wanted to just see pedi. But the good Lord told me not to limit myself.”

“I’m able to meet a patient where they are,” she said. “I’m not going to talk over their heads. It’s individualized health care. No two people get the same thing from me, but they both get everything they should.”

Medical assistant Tania Torres, who has been with Butler since the practice opened, praised Butler and the staff.

“I love working with Ms. Butler,” Torres said. “She’s a very, very good person. I love the atmosphere, and here we do work as a team all the time. It’s awesome here.”

AB Genuine Health accepts all insurances including Medicaid and Medicare. But having been uninsured before, Butler will work with those who have no health care coverage.
“I knew what it was like to not have regular insurance and feel like you’re being treated a certain way,” she said. “I never want anybody to feel like that. If they come and they don’t have insurance, I’m looking for the cheapest medication for them. Times are hard. I don’t want you to come here and spend money to see me and I give you medicine you can’t pay for.”

Recently she purchased the practice of Glenn Alexander, a pediatric nurse practitioner on Procter Street. Soon, AB Genuine Health will be operating from both locations.