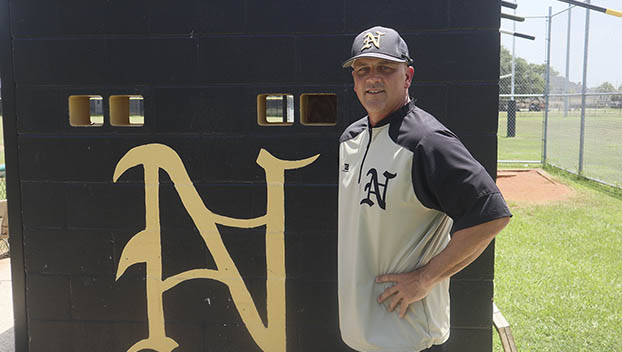 NEDERLAND — The Nederland Bulldogs baseball program has new coach running the show, pending board approval. And that coach has plenty of connections to Orange County.

Green, who graduated from Nederland in 1989, played baseball at Lamar University, where he held the strikeout record for several years.

“This is my hometown,” Green said. “It has always been a dream of mine. I have been very fortunate to work for Coach Spell. He kind of got me back into baseball because I didn’t know if I was going to stay in it. Thankfully, Coach Spell and Coach (Monte) Barrow were there to open the door for me.”

Barrow, who is also the district’s athletic director, said Green is a great asset to the program.

“Our kids have really responded to him since he has been an assistant here,” Barrow said. “He does a great job with our pitchers, but he also knows the entire game. I am really excited for our program. He is known by a lot of people. It was not a hard decision for me. Obviously, our entire program is going to miss Coach Spell. We wish him the best.”

Green is thankful to be part of a program that has such high expectations.

“This is a program that has had nothing but success,” he said. “It is a challenge. My job is to keep these guys doing what we have been doing and, maybe, add a little something to it. If you are not willing to accept that pressure and want that pressure, you are probably in the wrong job opportunity.”

Green was the head coach at Vidor High School for 13 years. During that time, he said his main goal was to try and expand the roster. Green said the Nederland program is facing similar issues, as high school baseball around the country is seeing a smaller turnout.

Green was also an assistant coach at Little Cypress-Mauriceville High prior to leading Vidor.

“We have to get them interested and make it important to them,” he said. “They have to have a passion for the game of baseball. We have that, but we don’t want to lose that. Our numbers are down, and we have to get them back up. I don’t know why. My goal is to get kids back involved and have them wanting to play high school ball.”

Green said that mission starts with reaching out at lower grade levels.

“This is something Coach Spell and I have talked about, and he was on board with it, but it was so drastic,” Green said. “One year, we went from having three teams with 16 guys on a team to this past year, we had two teams and only had 27 kids in the program. We have our work cut out for us. We have to make it important and make it fun.”

The Bulldogs return most of the starters from last year. Green said he has already spoken with the team.

“Things are going to be a little different,” he said. “How we go about our practice and how we take the field will be a change. They have to be ready for that, but my goal is to be able for them to do every aspect of the game. Every player will know how to bunt, and kids are going to learn to do multiple positions.”