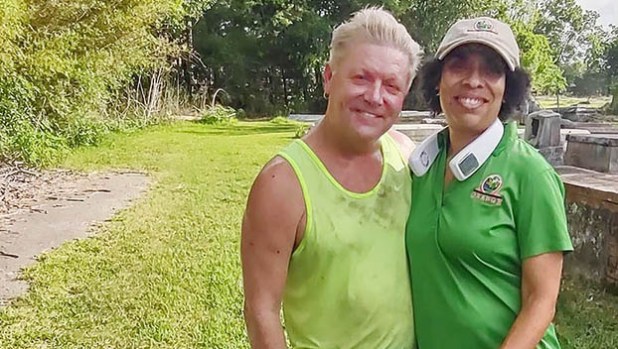 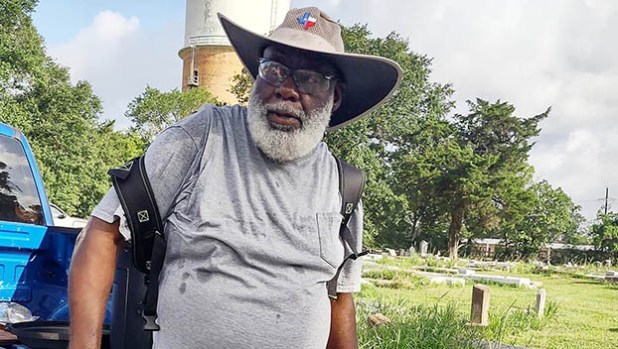 Johnnie Francis is one of many volunteers who have been committing time to the benefit of Hollywood Cemetery. (Shari Hardin/The Leader) 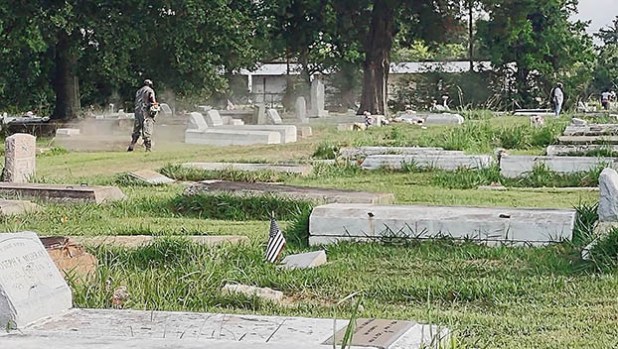 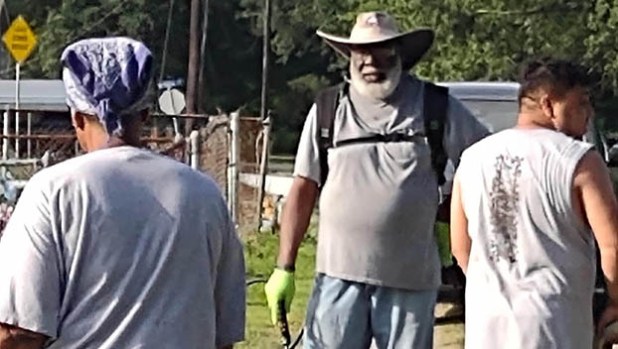 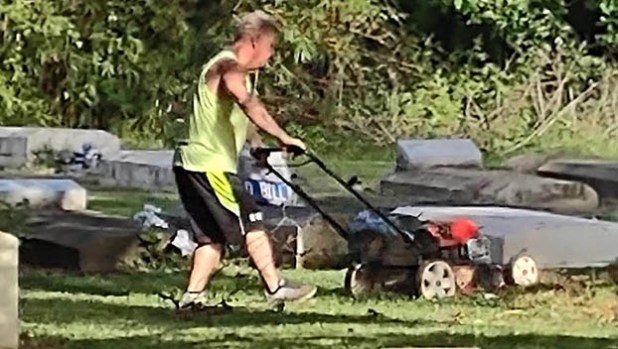 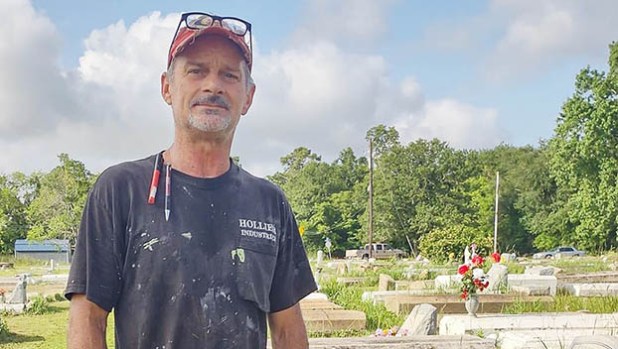 Despite the heat and humidity, volunteers met again to maintain the grounds of Hollywood Cemetery, an official historical site.

At 8 a.m. June 11 at least a dozen volunteers were already working.

Some were neighbors of board members, some have family resting in Hollywood and some came from as far as Bridge City to help.

Alan Hollier came with his truck and lawn mower. He spent part of his Saturday mowing the lawn, beautifying one of Orange’s Historical landmarks.

“I just saw it on Facebook,” Hollier said. “I’m from Bridge City and I drove over here last night. I saw that it didn’t look good, so I wanted to help.”

Citizens like Johnnie Francis have been helping for years.

He mentioned he has put up fliers in local churches requesting assistance with the work he does on Saturdays. He was preparing to spray herbicide to manage weed growth when he took a break to speak with Orange Newsmedia.

“Some of the people on the board are old or have passed away and some [of the people interred here] here have no living relatives to come,” Francis said.

Two elected officials on hand to assist included Mayor Pro-Tem Paul Burch and Terrie Salter-Turner, council member of District 3. This was Burch’s first time working the grounds alongside the volunteers.

“It is important work,” he said. “I do have family here; I have a multicultural family. But I would be here helping even if I didn’t have family here because I am community-oriented.”

Burch and Salter-Turner discussed plans for continued improvements on the grounds of Hollywood.

With donations and assistance, they imagine an area for visitors to sit under a shade tree and reflect.

Hollywood now lives up to its name. The lawn is mowed, flowers have been laid and the stars and stripes are planted where they belong; adjacent to the final resting places of the many WWII veterans who are interred on the grounds.

Members of The Hollywood Community Cemetery Association previously told Orange Newsmedia they sincerely appreciate the efforts undertaken in May and this month by volunteers and hope it reflects a turning point for the official Historic Texas Cemetery.

Many of the board members have passed away or are unable to serve in a direct capacity. All community members interested in serving in the future are invited to meet on the grounds of Hollywood every Fourth Saturday of the month from 8 a.m. to noon.

The 4.75-acre cemetery is located between West Turret Street, Simmons Drive, West Curtis Street and Mill Street in District 4 of the City of Orange.

Those seeking further assistance with the upkeep of the grounds of Hollywood Cemetery may contact the Texas Historical Commission Cemetery Preservation program at 512-463-5853.