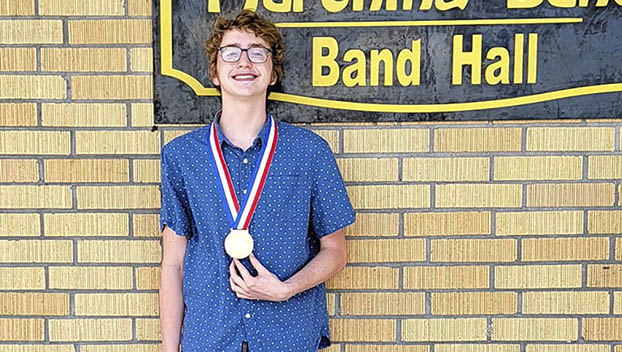 The Vidor ISD student is a recent class of 2022 graduate.

Montgomery also recently received word he was named an Outstanding Performer for the two-day contest.

Of approximately 100,000 students participating in the regional UIL music contests and the thousands of musicians who performed at TSSEC, only 2-3 percent of the solo performances earned the honor of Outstanding Performer.

Montgomery was awarded the gold draped medallion that is identical to state champions in all UIL events.