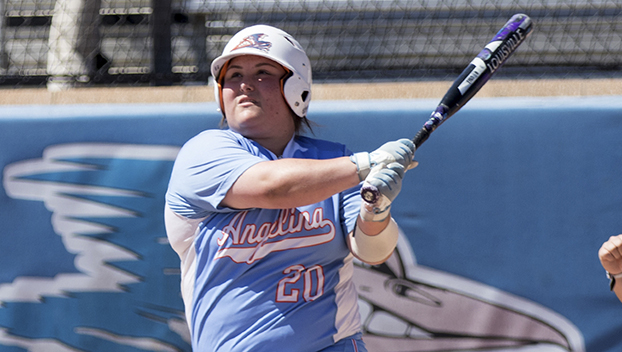 Frenzel became just the second Lady ‘Runner in program history to make both lists in the same season.

Frenzel led her team and the entire conference in hitting with a .503 batting average, a .568 on-base percentage and a whopping .921 slugging percentage — all three new program marks.

Frenzel and teammate Sara Mayes each slammed 17 homers (tied for second for the single-season mark); she drove in 64 runs and collected 76 hits – strong enough to lead the team in that category.

Frenzel finished with three multiple-homer games in 2022; she had a five-RBI game against Galveston College to go with a pair of four-RBI games along the way.

Frenzel, a health and science major at Angelina College, is the daughter of Kimberly and Edward Frenzel.