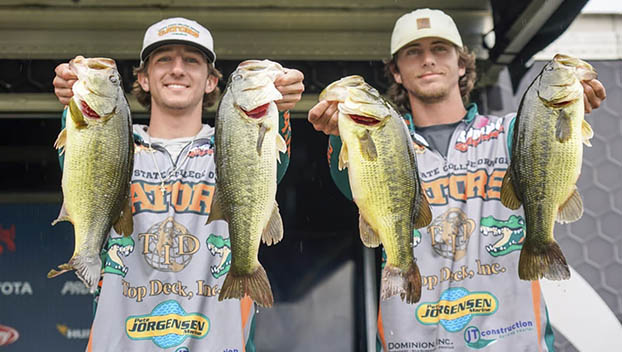 They did so recently by traveling more than 21 hours to fish the Strike King Lure Company Bassmaster College Series at Saginaw Bay presented by Bass Pro Shops, where they racked up a tremendous third-place finish.

On Day One the duo weighed in with 20 pounds, 14 ounces and had a big bass weighing 5 pounds, and 8 ounces.

On Day Two, Buchholtz and Posey held on to their third place standing, weighing in 21 pounds and 7 ounces with a combined total of 42 pounds, 5 ounces.

Buchholtz also was awarded for big bass of the tournament.