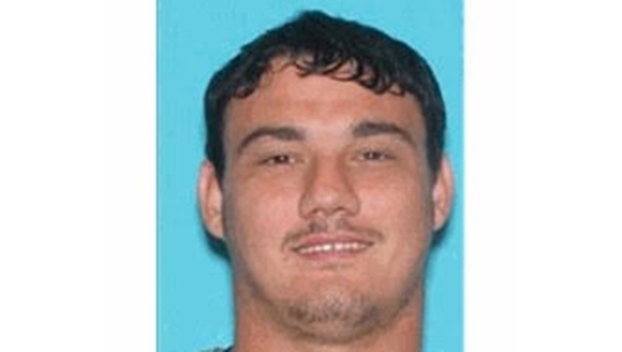 According to Vidor Police, Claypool is a “dangerous wanted fugitive” out of Hardin County for a failure to appear in a controlled substance investigation and bond revocation out of Jefferson County for theft.

On Friday, Vidor officers recovered a stolen vehicle in the parking lot of the 2300 block of North Main Street that was borrowed by Claypool from a family member and not returned.

Officers believe these weapons and ballistic vest are stolen.

Claypool is a convicted felon and registered sex offender. He should not be in possession of a firearm or ballistic vest.

Claypool has an extensive criminal record, including robbery, unauthorized use of a motor vehicle and aggravated sexual assault of a child.

If you have information about this crime or any other crime, contact Crime Stoppers of Southeast Texas by calling 833-TIPS (8477), online at 833TIPS.com or download the P3TIPS App. You WILL remain anonymous and MAY be eligible for a cash reward.

Crimestoppers will pay up to a $1,000 reward for the location and arrest of Claypool or any other wanted fugitive.

“Timothy Claypool should be considered armed and dangerous; no attempt should be made to detain him. Police should be notified immediately if his location is known,” police said.