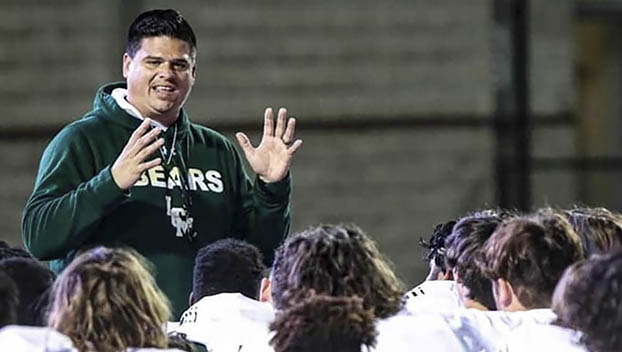 BEAUMONT — The Southeast Texas Coaches Association All-Star week concludes with the All-Star Football Game Friday night at 7 p.m. at Beaumont Memorial Stadium, and there will certainly be an Orange County flavor to it, especially on the East Team.

One person who is “giddy” about the game is Little Cypress-Mauriceville head coach Eric Peevey, who, alongside his LC-M coaching staff, is directing the East Team.

“It’s a great honor for our staff. We feel blessed to go in there and coach up those kids, and it will shake the rust off of us all a little bit with the upcoming season coming,” said Peevey, who helped guide the Bears to an 11-3 mark and a trip to the fourth round of the playoffs for the first time since 1997 in his first year at the helm.

“We get to coach some of our kids one more time, and there are a lot Bears on the roster. Looking forward to coaching a couple of great West Orange kids, some amazing Orangefield Bobcats and a couple West Brook kids that I get to reunite with after coaching them when they were juniors.”

“Some of these guys will go on to play college ball somewhere, and many of them won’t,” Peevey said. “So, no matter what, it will be the last time they get to represent their high schools. It’s one of those memories you can always treasure, for sure.”

This won’t be Peevey’s first rodeo, he coached the West Team when he was at West Brook in 2016.

“It’s truly a great event, and we’re going to do our best to coach up those East boys,” said Peevey. “I have a lot of respect for Crosby coach Jerry Prieto. He will have those West kids ready to roll.”

There will certainly be an Orange County flavor on the East Team.