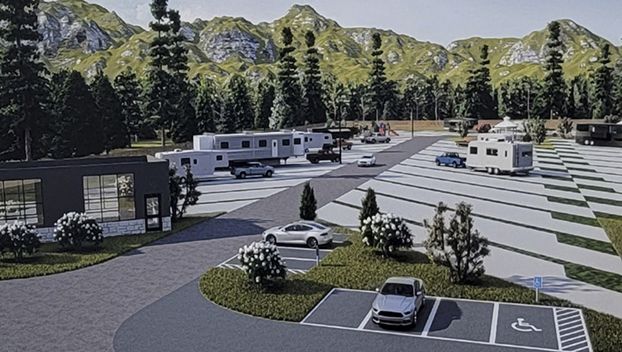 Pictured is a rendering of Lady Luck RV Resort, which is planned for Groves. (Courtesy photo)

GROVES — An RV park planned to meet an expected industrial boom in Jefferson and Orange counties should begin construction next month, following final approval this week from the Groves City Council.

Lady Luck RV Resort, a joint project between EDHJ Investments and A2Z Global Construction, will be built on 5.62 acres near the intersection of Texas 73 and Texas 87.

On Monday, councilmembers voted 3-2 to amend the Specific Use Permit previously granted regarding the width, depth and square footage requirement for each recreational vehicle space; allowing the spaces to be built at a minimum width of 21 feet and 3 inches, a minimum depth of 106 feet and 1 inch, and contain a minimum of 2,049 square feet in space. 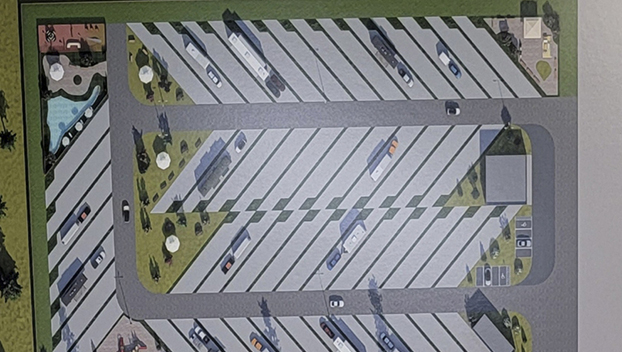 Pictured is a rendering of Lady Luck RV Resort, which is planned for Groves. (Courtesy photo)

Tara Oney, project manager with A2Z Global Construction, said the planned spaces would be 108 feet long with a 30-feet opening at the street. Because they are built as parallelograms instead of rectangles, the spaces appear narrower.

“As we designed it, it met their original ordinance,” Oney said.

Some councilmembers questioned whether the variance granting 21 feet of space in width would accommodate for the future, as the sizes of recreational vehicles change.

“In my research I have found that most (RV parks) do not have a 30-foot width, and if they do even come close to that, it’s particularly for parking a vehicle or other item next to the trailer,” Mayor Chris Borne said. “At the 21 (feet) there’s still going to be space to move around, in my opinion, and they’re deep enough that you can park other vehicles in front of them.”

Revising the design to 30 feet would cut 18 of the planned 55 spaces.

“I looked at how many spaces I thought they were going to lose, in my opinion it was going to cost them more money, and I thought the 30 foot was overkill,” Borne said.

“So I agree with this variance. By looking at some of the ones that are out there, I believe this one is going to be a lot nicer than what’s out there. In my opinion, with the work that they’ve done, I’d like to see it built the way they provided it to us.” 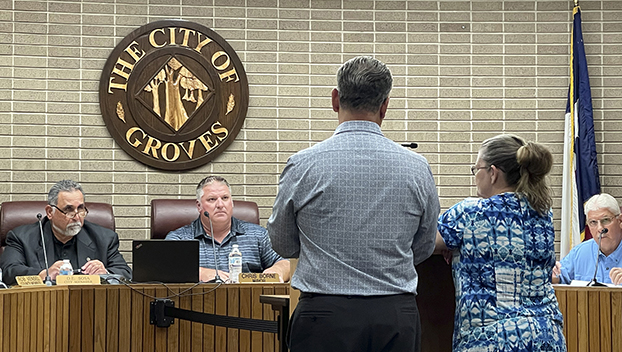 Oney said the spaces at Lady Luck RV Resort will be some of the largest in the area, and each space will include a backyard area for the tenant, as well as areas of grass between each concrete slot.

They have also planned for a children’s playground, dog park, swimming pool, laundromat, restrooms, a barbecue area, a privacy fence and 24-hour security.

“I think this RV park will be a great success,” she said. “We know that there are going to be 30,000 workers injected into this area in the next five to seven ears, and they have to have a place to stay, to live, work, shop and spend their money.”

Engineer Hani Tohme said the building plans have been fit to other city ordinances and infrastructure so that, if no longer needed as an RV park in the future, the space can be converted into a subdivision.

“This is a project that’s going to cost a couple of million dollars at the least to build,” he said, “and we don’t want it five years down the road to be vacant.”

Oney said she plans for construction to be complete by winter.