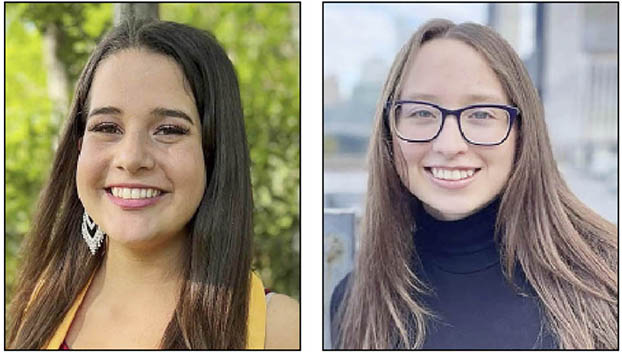 Mia Pierce is co-valedictorian for the Vidor High School Class of 2022. Mia is the daughter of Mike and Kerri Pierce.

She is heading to college with a $10,000 Hilcorp Future Leader of America scholarship, as well as $250 from Vidor ISD as an honor graduate.

She will attend Kalamazoo College in Michigan with a $140,000 Lux Esto scholarship, and also will receive $360 for her two years of perfect attendance while at VHS.

Mia was a four-year member of the Vidor High School Interact Club. She was also a four-year History Club member and held the office of president for two years. She was the National Honor Society treasurer during the two years in which she was a member, and she was a UIL team captain for two years.

Mia played junior varsity soccer her freshman year. She plans to attend college, then join the Peace Corps and get a master’s degree. She plans a career in research and development.

She loves to read, cook, listen to music, and spend time with family and friends.

Chesani Askew, the daughter of Christi Askew and Kyle Wilson, is VHS Class of 2022 co-valedictorian.

She has earned a scholarship in the amount of $82,500 from the Louisiana State University Out of State Academic awards program, as well as $250 as a Top Ten Percent graduate.

Chesani had a year of perfect attendance while at Vidor High School, netting her $180 for her college studies. She also takes away a VHS National Honor Society scholarship in the amount of $500.

Chesani has also accomplished something few VHS grads have: she has completed the requirements for an associate degree in liberal arts at Lamar State College Orange, and recently graduated.

She was awarded the Patrick S. Gilmore band award and a Louis Armstrong Jazz award. She has been a four-year member of the Wind Ensemble, Mighty Pirate Marching Band and Kickin’ Brass as a trumpet player. She was Kickin’ Brass captain for two years, trumpet section leader for three years and band first lieutenant her senior year.

Chesani was in Region X jazz band and advanced to Area competition in All Region band, received multiple first division ratings at UIL contest for solos and ensembles, and qualified to compete in State UIL competition, which she did two times.

She was a member of the Vidor High School Interact service club as well as National Honor Society.

Chesani will be attending Louisiana State University to study biological sciences on the pre-medicine track. When she is not at school, she prefers to read and be alone for a while.