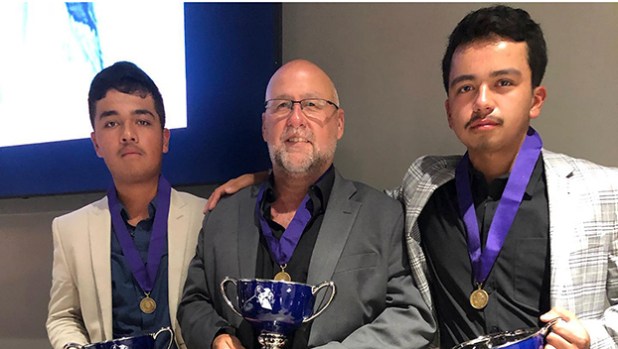 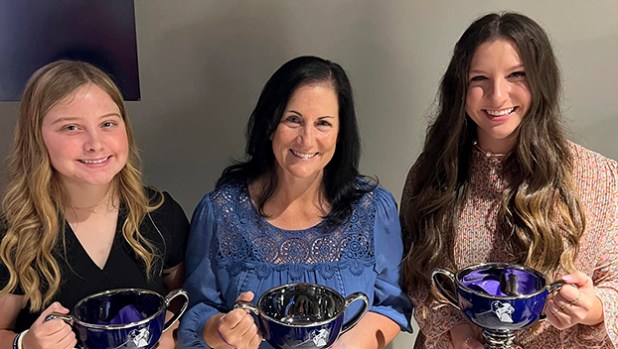 The 12th annual Babe Zaharias Awards turned out to be a memorable happening for Orangefield’s Parks brothers, in particular, and the Bobcats golf team, in general, this week at 5 Under Golf Center in Beaumont.

Before former PNG great, Lamar All-America and PGA Tour success story Chris Stroud stepped up as the evening’s guest speaker, Xander Parks, a junior fresh off a seventh-place finish in the 4A state championship, was named the Zaharias Boys Player of the Year.

Making it even more special for the Parks family was little brother Lincoln, a freshman, being honored as the Boys Underclassman of the Year, an award Xander claimed in 2021. For good measure, Orangefield’s Todd Trawhorn was voted Coach of the Year.

Xander Parks, in succeeding Little Cypress-Mauriceville’s Jack Burke as the Boys Player of the Year, won six tournaments, including the district championship. He also placed third in regional before coming in seventh at state.

Caleb Snider and Cade Jeanes, both of Hardin-Jefferson, were the other finalists.

Meanwhile, LCM senior Montana Dileo repeated as the Girls Player of the Year. Dileo, a Lamar University signee, won six times and reached the state tournament for the fourth consecutive year. She placed 10th at state and is ranked 10th in her class in Texas.

Anabelle Cardenas of Kelly was the runner-up to Dileo.

PNG’s Tatum Bean won the Girls Underclassmen of the Year Award, with Chloe Olsen of Kelly and Hallie Westfall of Hardin-Jefferson the other finalists.

Boys Underclassmen of the Year, as mentioned, went to Lincoln Parks, with PNG’s Evan Klutts and Kelly’s Julian Matthews in the running.

Johnnie Kay Harrell of LC-M was named Girls Coach of the Year.