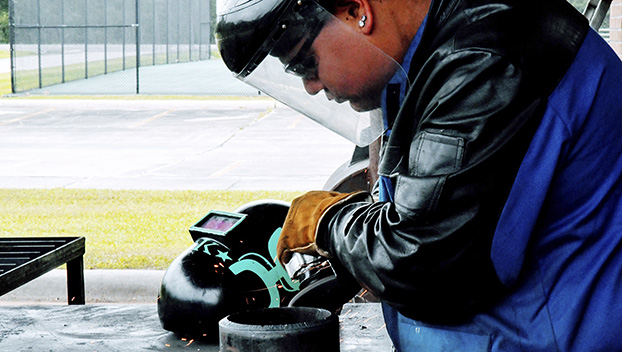 Antonio Soto’s father gave him a speech about what he wanted for his future.

It’s eventually set the young man on path to adulthood, highlighted by his graduation this evening from West Orange-Stark High School.

“His grandfather raised him and told him to work hard so that he can surpass his success,” said Soto, 18, said. “His grandfather wanted my dad to be better, and my dad wants me to surpass him. At my age, my dad chose to work in the plants, and he has been dedicated to that job his whole life. He told me to take advantage of the school’s offer to pay for our certificates so that I can get ahead quicker.

Yes, he did. Soto earned four career ready certifications through the CTE program in welding, automotive and OSHA safety. The West Orange-Cove Consolidated Independent School District Board of Trustees recognized Soto this week for the accomplishment.

Soto is graduating with the most certificates in the CTE Program.

“When I thought about what I wanted to do, Chevron had begun its expansion close to the school,” Soto said. “I knew they would need workers from welders to process operators.”

Soto wants to obtain his combo welding certification at Tulsa Welding Academy & Technology Center in Houston and then return home to work for Chevron.

“Next Tuesday is my interview with Tulsa,” he said. “I will know more about what my future holds then.” 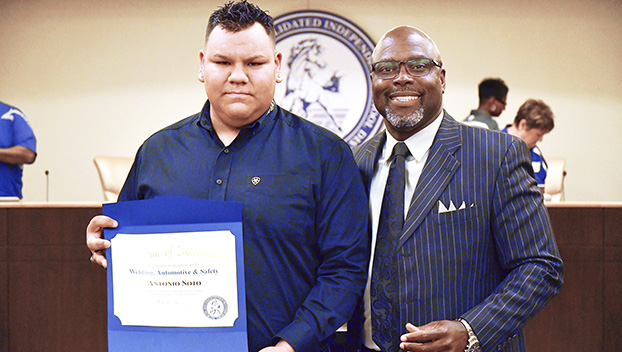 Soto uses his automotive skills to work for himself after school as a mechanic.

“I work on people’s cars to make money and I am also building a truck,” he said. “It is a 1998 Chevy Silverado, and I have been working on it for almost a year. Just a little at a time.”

Jenny Morgan, associate principal of West Orange Stark High School, said in the past few years, industry certifications have been a main focus.

Each student now has the opportunity to graduate with a post-graduate certification.

“The district also pays for the student’s books, the dual credit tuition and certification test fees,” Morgan said. “The goal is to eliminate any barriers that the student may face. We are also an open district.”

Lamar State College Orange has partnered with the district to provide dual credit for college hours in multiple areas of CTE.

For more information on the CTE program visit https://hs.woccisd.net.