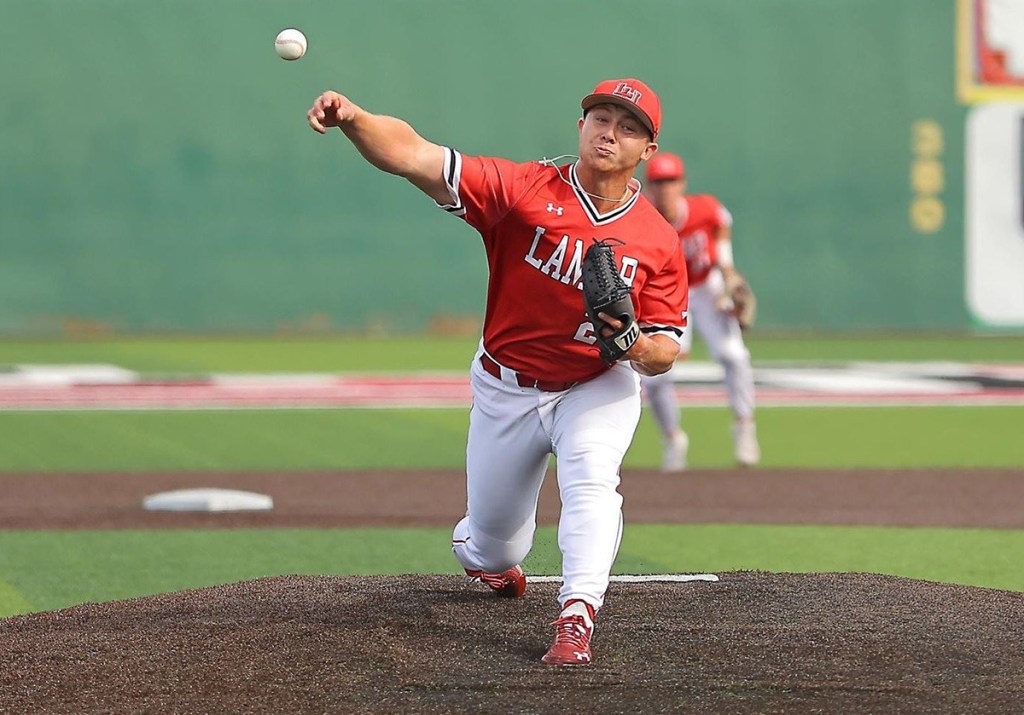 Along with Dallas, seniors Matthew McDonald (outfielder) and Adam Wheaton (starting pitcher) garnered second-team honors, while classmates Chase Kemp (first base) and Kirkland Banks (second/third base) were named to the WAC All-Defensive Team.

A local product who has re-written the LU record books, Dallas enters the 2022 WAC Championships as the school’s all-time leader in saves and appearances. This season alone, Dallas made 25 appearances, posting a perfect 4-0 record with a league-leading 13 saves. He struck out 51 batters in 38.2 innings of work while posting a 1.86 ERA and a 1.19 WHIP.

Dallas’ 13 saves also set a new LU single-season record, breaking the mark that the Orange native, set in 2021. Dallas, along with Kemp, are officially the only two players in program history to earn all-conference honors in both the Southland Conference and WAC.

One of the most consistent pitchers in the entire conference, Wheaton transferred to LU for his senior season and all he did in his lone year was lead the conference in wins (10), earned run average (2.79) and innings pitched (84.0) and rank among the league’s top 10 in opposing batting average, runners picked off and runs allowed. He finished the regular season with a 10-2 record (.833), a 2.79 ERA with a 1.25 WHIP and 66 strikeouts in 84 innings of work. Wheaton three starts where he didn’t allow an earned run and two others where he only allowed one run to score.

McDonald really came into his own for the Red and White this past season. A three-year letterwinner, McDonald posted a career year leading the Cardinals in several different offensive categories, including batting average (.365), hits (72), home runs (6), doubles (17), total bases (109), and finished second on the team in RBIs (41), slugging (.553) and OPS (.982). He ended the regular season tied for fourth in doubles.

In addition to his eye-popping numbers on offense, McDonald proved himself to be a huge threat in the outfield with several ESPN worthy moments. He made a home run saving catch at UT Rio Grande Valley where he jumped over the wall and caught the ball with his arm extended by behind him and preserved a victory against Stephen F. Austin where he came up throwing home on a single to left gunning down potential tying run three feet from the plate for the final out of the game.

Kemp and Banks were named to WAC’s All-Defense team. A sure-handed first basemen during his five-year career with the Red and White Kemp was honored on the postseason squad after posting a .993 fielding percentage. Kemp had 454 chances at his position with 409 putouts, 42 assists and just three errors. He was joined on the all-defense team by Banks, who took over the starting role at second base a third of the way through the season. Banks, who also saw some time at third base, brought stability to the Cardinals infield once he took over. A slick fielding defender with great range, Banks was tagged with just three errors in 153 chances with 96 assists. He also involved in turning 17 double plays for LU.