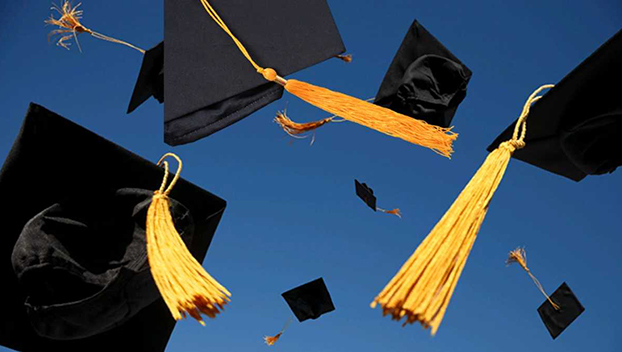 As the 2021-22 school year winds down, it’s that time of year to wish all of the outgoing seniors across the Orange County area a fun-filled graduation at the end of the week and a safe upcoming Memorial Day Weekend.

I’ve had the pleasure of covering so many of the kids that will walk across their respective stages to receive their diplomas.

It has always been a happy moment for me, but a little sad too, that I won’t be seeing them play in their respective sports, but I will always remember creating wonderful relationships.

Some will move on to the collegiate level to show their prowess, while so many will either enroll in college or join the workforce.

Just because they graduate, doesn’t mean that I won’t keep up with everyone’s exploits.

With this being Year 28 at The Orange Leader, I have been able to watch boys and girls turn into tremendous men and women, raising wonderful families. And yes, I have even been covering their kids, as well.

Year 28 still has some unfinished business, though, as the Orangefield Bobcats baseball team continues to plow ahead in the Class 4A Region III playoffs.

The Bobcats are just two series wins away from punching their ticket to Austin.

Bobcats coach Tim Erickson doesn’t get his just due for making Orangefield one of the best programs in Southeast Texas over the last several years, but, no doubt, they have been so consistent every year.

The Bobcats plowed through Lumberton in two games in the Regional Quarterfinals last week, outscoring the District 21-4A champion Lions 24-7 in the process.

Perhaps the Bobcats’ biggest strength, and they have plenty, is their depth.

During the postseason they have proven, one through nine in the lineup, that there simply is no easy out for opposing pitchers. Speaking of pitching, how about the trio of pitchers in Coop Longron, Trent Eaves and Jason Bodin who the Bobcats can stymie opponents with.

Next up for the Bobcats is China Spring in the Regional Semifinals today and Thursday.

How cool would it be if the Bobcats can get past the next two opponents and get to make a trip to the Class 4A State Tournament? After all, we can’t forget that the Bobcats move back down to Class 3A next year.

One sure-fire thing about the Bobcats in any sport, they have proven over the years they can compete against the “big boys” in Class 4A, and this year, going back to football and volleyball in the fall, along with both boys and girls basketball and track, they have been right on cue.

And on another high note, students across Little Cypress-Mauriceville CISD will have some amazing new facilities to take advantage of, and it has been a long-time coming in Bear Country.

Also taken into consideration was the availability of a turf field for daily use by multiple student organizations, including band, junior high, junior varsity, and varsity football, boys and girls soccer, track, and the possibility of field rental to organizations such as little league and summer league.

LC-M students just need to talk to their friends in Bridge City, who are already taking advantage of their new turf, track and tennis courts.

It’s great to see all of the improvements across the board for all of our schools.