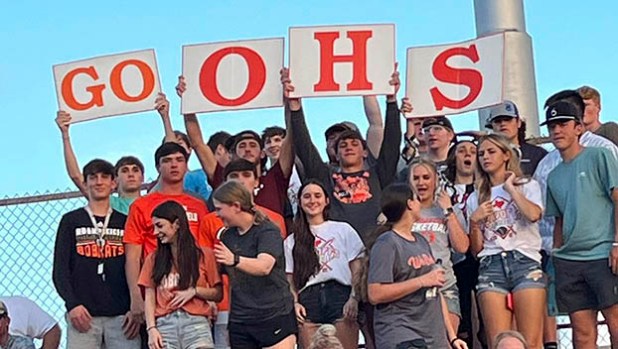 Orangefield fans had plenty to cheer about after they watched their Bobcats outscore Livingston 24-7 in two games. (Courtesy Photo) 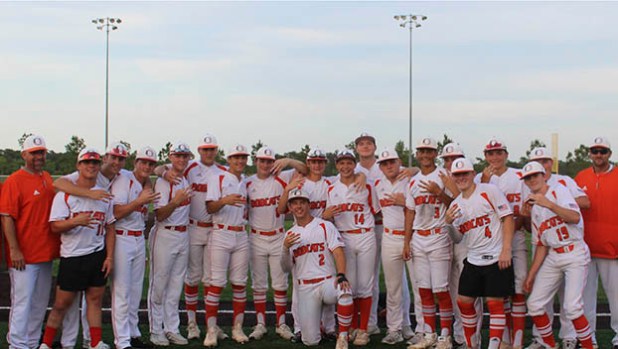 The Orangefield Bobcats are moving on to the Regional Semifinals after a sweep of Livingston.

CLEVELAND – No question about it, that the Orangefield Bobcats wanted to make a short Friday night of it.

The Bobcats utilized a four-run second inning and an eight run fourth inning to throttle the Livingston Lions 12-1 in five innings in Game Two to sweep their best-of-three Class 4A Region III Regional Quarterfinal series at Cleveland High School.

Trent Eaves got the win on the Bobcat hill as he scattered three hits while striking out five and walking two in four innings of work. Jason Bodin tossed the fifth inning, striking out one and walking one while allowing a hit.

The Bobcats will now move on to face either Rusk or China Spring in the Regional Semifinals next week.

The Bobcats picked up nine hits against Livingston pitching.

The Lions struck for a run in the bottom of the first inning. Gage Morris drew a leadoff walk. Jordan Huson then laced a single to right. Damian Ruiz brought in Morris with a sharp RBI single to right.

The Bobcats got it going at the plate in the top of the third inning off Livingston sophomore starter Kasen Nelson, scoring four runs on four hits.

Caleb Fregia got it going with a single to right. Kameryn Henderson and Tyler Shearin both put down bunt singles to load the bases with no outs. Kyle Michael then laced a chopper to second but the throw home got past the catcher as Fregia and Henderson both scored.

It got worse for the Lions when Jason Bodin hit a two-run triple all the way to the rightfield wall to push the Bobcats up 4-1.

The Bobcats piled up eight runs in the top of the fourth off three Lion pitchers.

Morgan Sampson drew a leadoff walk. Fregia then hit a shot back to the mound but Nelson threw the ball past first base and into right field as Sampson scored. Henderson reached after being hit by a pitch. Fregia came in to score on a passed ball. Shearin then brought home Henderson with a sacrifice fly to push it to 7-1. Michael and Kolbie Sowell followed with back-to-back singles and after Bodin walked, Eaves drove in a run with a single and the Bobcats closed it with four more runs to seal it.