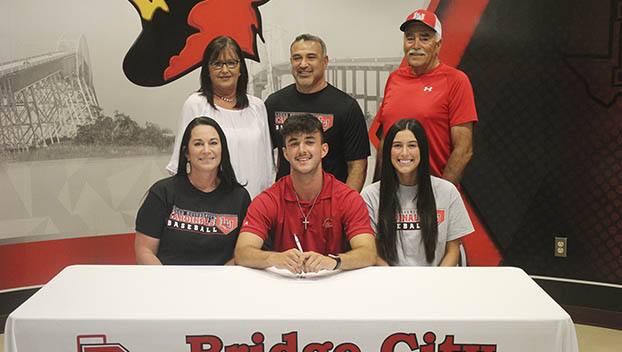 Two of Bridge City High School’s top student-athletes have signed on to continue their athletic careers at the college level.

It was a great day for standout pitcher Ethan Oceguera as he signed to play college baseball at Lamar University in front of friends and family at the school library.

Oceguera was named the All-District 22-4A Team’s Most Valuable Player after a great year on the mound. 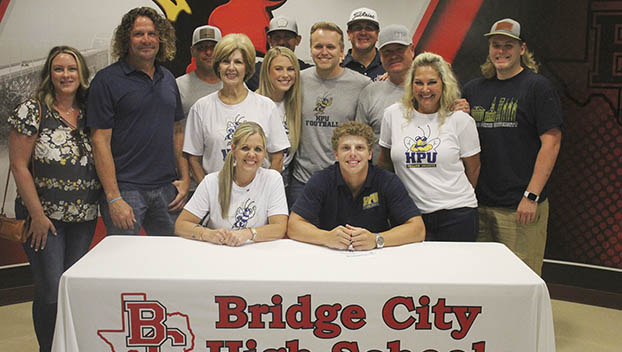 Bridge City’s Deegan King will continue his football prowess at the collegiate level by signing to play for Howard Payne University in front of family and friends at the school library.

King was a four-year varsity starter for the Cardinals.