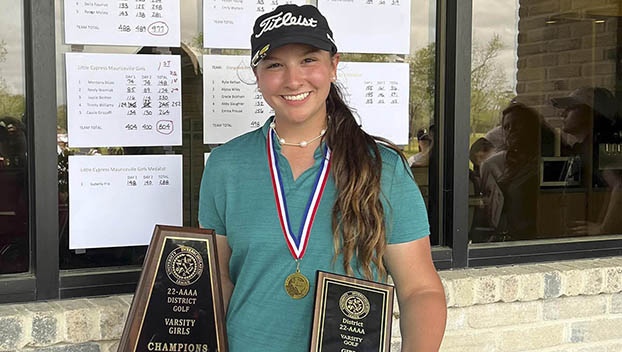 LC-M’s Montana Dileo wrapped up a great run for the Lady Bears golf program with a 10th-place finish at the State Tournament. (Photo courtesy of LC-M Golf)

Dileo, who will play at Lamar University next season, fired a two-round score of 157 to finish 10th out of 72 golfers. Dileo had a 76 on Monday and a 81 on Tuesday.

Dileo finished fourth at regionals as a freshman and went on to finish seventh at State. After the COVID year canceled pretty much her entire sophomore year, Dileo had a great junior year. She won District and Regionals and finished 11th at State.