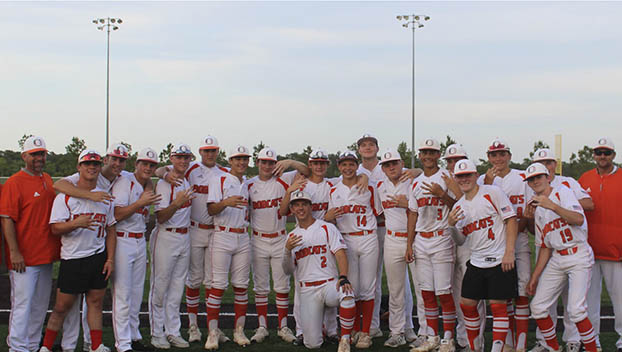 The Orangefield Bobcats will move on to face Livingston in the 4A Region III Quarterfinals after sweeping Navasota. (Photo courtesy Orangefield Baseball)

Orangefield Bobcats will look to continue their winning ways when they take on the Livingston Lions in the Class 4A Region III Regional Quarterfinals best-of-3 series this week.

The winner of the Orangefield-Livingston series will face either China Spring or Rusk in the Regional Semifinals.

The Bobcats made it a clean sweep of the Navasota Rattlers and Kolbie Sowell made sure he had the most active broomstick Friday night.

The Bobcats rattled Navasota (19-7) 12-1 in Game One on Thursday but the Rattlers were scrappy in Game Two.

The Bobcats made quick work of the Navasota Rattlers in Game One of their best-of-three Class 4A Region III Area Round series Thursday night at Humble High School.

The Bobcats cruised to a 12-1 victory as they received a stellar mound performance from Coop Longron and the offense picked up 13 hits against Navasota pitching.