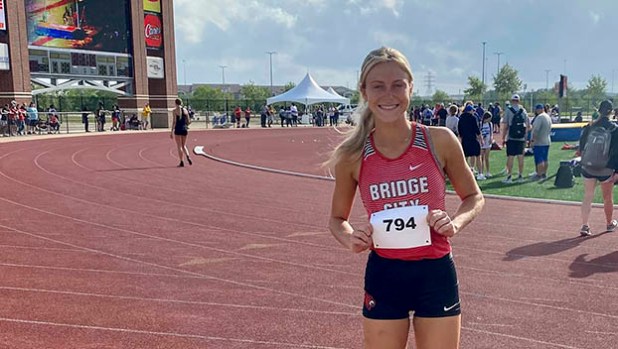 Bridge City's wrapped up a great run as a Lady Cardinal trackster Thursday, finishing fourth in the high jump and sixth in the 100-meter hurdles at State. 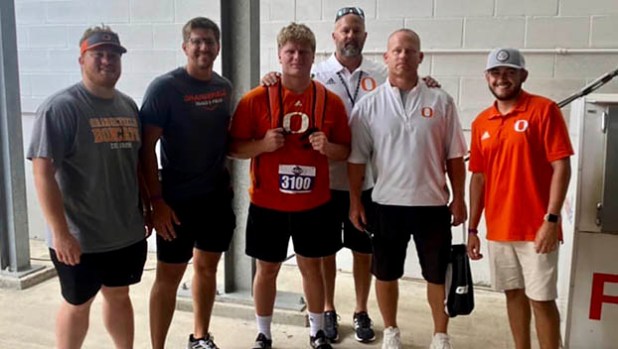 Orangefield's Hunter Ashworth wrapped up a great track season, finishing sixth at State in the shot put, throwing a personal-best in the process.

Carpenter finished in a tie for fourth-place in the high jump, barely missing a medal after leaping 5 feet, 2 inches.

Boerne’s Kendall Lemm and Comal Pieper’s Caroline Peterson tied for the gold, both going 5-5. Stephenville’s Keirstyn Carlton was third at 5-2 but earned the bronze due to having less misses than Carpenter and Brownsboro’s Khyra Garrett.

Carpenter came back later in the evening and placed sixth in the 100-meter hurdles, running a time of 15.14. Midlothian Heritage’s won gold with a time of 13.96.

Ashworth wrapped up a tremendous run as a Bobcat as he placed a solid sixth in the shot put, heaving it 50 feet, 10 ¼ inches. That was his personal-best effort for the season. Lindale’s Casey Poe took gold with a 57-4 ¾ effort.

Hamshire-Fannett’s John Sanderson will come home with a silver medal after he placed second in the 110-meter hurdles, running a 14.28. Kilgore’s Matthew Tyeskie took gold with a 13.99.

Hamshire-Fannett’s Colin Dorsey placed sixth in the high jump, going 6-2. Bullard’s Garrett Nuckolls won with a 6-8 effort. Dorsey came back later in the day to finish fifth in the triple jump, going 45-11 ½. Waco Connally’s Jelani McDonald took first with a leap of 48-2.