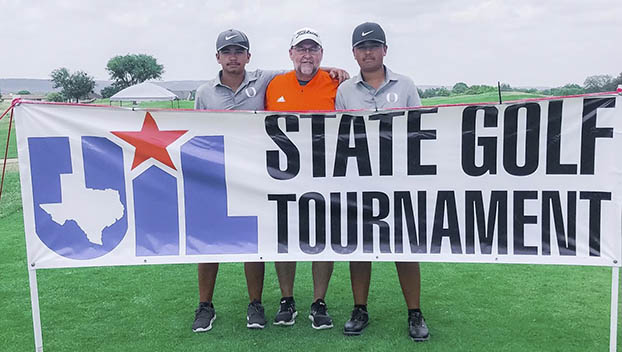 AUSTIN – Making a surge in Round Two, Orangefield junior Xander Parks finished strong in the Boys Class 4A State Golf Tournament with a superb finish at the Kingsland Legends Course Tuesday as he was there playing with his freshman brother Lincoln Parks.

Xander Parks fired a 71 in Round Two Tuesday after a tough Round One Monday, to finish in a tie for eighth overall.

Xander Parks shot a 80 on Monday and was tied for 30th, but he was firing on all cylinders Tuesday to wrap up the tournament with a 151 score.

Lincoln Parks, a freshman, fired a 87 Tuesday after an 80 on Monday to finish with a 167 and tied for 36th overall.

There were 72 total golfers in the field. Both players will look to make a return next season as Xander will look to finish strong as a senior. Xander won the District 22-4A title this season and placed second at the Class 4A Region III Championships. Lincoln, however, will be in hot pursuit of his older brother again as the tandem pushed each other all season.

Little Cypress-Mauriceville senior standout and Lamar University signee Montana Dileo will compete in the Girls Class 4A State Tournament next Monday and Tuesday at the Kingsland Legends Course.