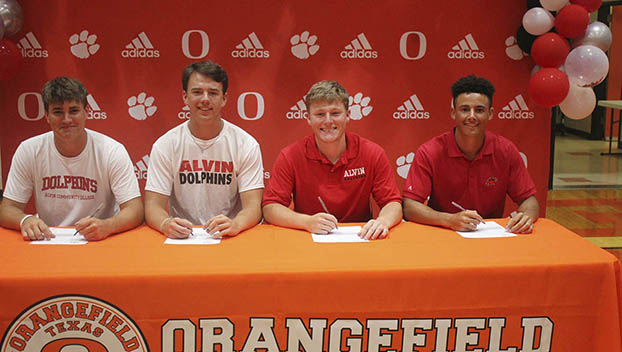 It was a great day to be a member of the Baseball Bobcats on Wednesday.

Four players signed to play college ball at the next level in front of family and friends at Bobcat Gym.

They included Trent Eaves, Kolbie Sowell and Macoy Marze, who each signed with Alvin Junior College, while Kameryn Henderson inked with Lamar University.

The Bobcats had a break before practice Wednesday to sign before diving into their Class 4A Region III Area Round Series against Navasota Thursday and Friday.