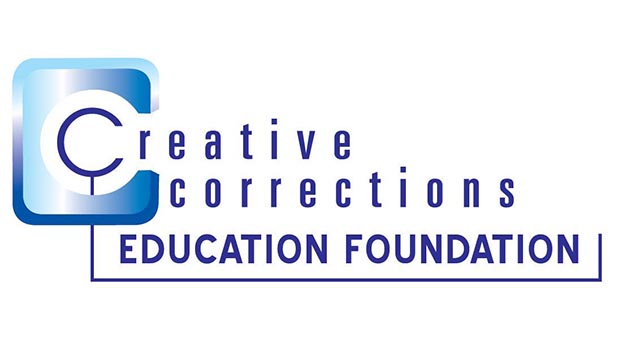 Early on in his career, Percy H. Pitzer, who is now a retired warden from the United States Penitentiary in Beaumont with more than 30 years of corrections experience, noticed a disturbing trend.

Pitzer said children of an incarcerated parent were a serious at-risk group. In June 2012, he founded non-profit Creative Corrections Education Foundation with $250,000 of his own money, as well as paying for a small, full-time staff.

A few years later, the foundation created the Right Path Program to assist with another at-risk group, specifically young adults released from jail or prison in need of earning a GED, completing a college degree or learning a trade.

Anthony Haynes, the foundation’s executive director, said the foundation began a partnership with the Associated Builders and Contractors of Southeast Texas in 2018.

“This partnership was created to provide individuals on parole with an opportunity to obtain a trade certificate in welding, electrical, carpentry, pipefitting, scaffold building, CORE safety or instrumentation,” said Haynes, also a retired warden.

Haynes said those with a checkered past face hurdles compared to others and must overcome being stereotyped.
“The greatest misconception we have seen happen to individuals who are released from prison is not being able to obtain employment due to having a prison record,” he said. “One of the hiring questions is, ‘Have you ever been convicted of a crime?’
“This applies to all individuals released from prison or in some cases, jail. If they did not graduate from high school with a diploma or GED, that’s another mark against them. The majority of businesses judge an individual basically because they see he or she was in prison and do not want to take a chance on hiring them.”

Since inception, the foundation has awarded scholarships and financial aid 1,189 times to men and women. In addition to Associated Builders and Contractors, the group also coordinates efforts with the Lamar Institute of Technology

Marsha Rivera is the foundation’s program administrator and oversees Orange County participants.
Rivera educates the public through social media and by having a presence at area events and before social groups to tout what services are available.

“I’ll explain what programs are available and the process of how to register,” said Rivera, whose passion is partly fueled by problems in her past. “Once registered, I keep an eye on each student in the program.

“If their attendance or grades fall below 70 percent, I will be contacting them and working with them on a daily matter. I tell them communication is the key. If I don’t know what’s going on, then I can’t help them be successful in our program.”

According to the foundation, one out of 100 Americans are in prison, with two-thirds of those for non-violent offenses. However, the organization provides help to everyone, including those who have committed violent crimes or sex offenses.

“We don’t discriminate,” Rivera said. “A lot of clients want to work in the plant, but not everyone will be allowed to. I tell them up front, so they are not misled and have a complete understanding of how our program works.

“All we can do is offer the program. It’s up to the client on how they utilize it.”

Creative Corrections Education Foundation offers year-round enrollment for classes to avoid recidivism, but Rivera said such assistance is not a short-term fix, but a good start in a long process.

For example, classes are held twice or four times a week and, depending on the curriculum, could take 20 weeks, nine months or three years.

Those no longer incarcerated, but still in the criminal justice system, also have a wait ahead of them.

“I don’t recommend anyone who is going to court to register for our program; wait till after they hear the judgment from the judge before registering,” Rivera said. “If a probationer has after-care classes, I tell the client they cannot register with us until they complete six months of their program. This comes from the probation and parole offices.”

Those who want to enroll pay a $75 deposit, which is refunded upon completion of the various programs.

Citing research that 50 percent of juvenile delinquents have at least one incarcerated parent, the group coordinates with 14 state departments of corrections where inmates have donated more than $242,000 for scholarships since 2018.

Creative Corrections Education Foundation stresses that all monies go directly to educational institutions and not into the hands of recipients.