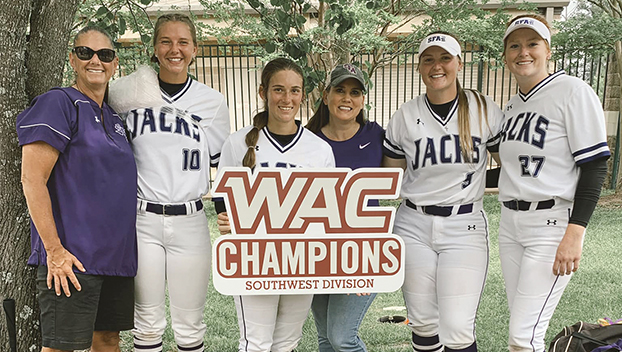 The Ladyjacks improved to 17-4 in conference play after downing the Lady Bearkats 2-1 and 3-1 in the last two games of that series.

Wilbur, usually the ace starter, stepped in and picked up saves in both of those games.

Wilbur has notched a 19-11 record this season with a 2.72 earned run average over 172 2/3 innings. She has been selected as the WAC Pitcher of the Week twice this season.

The Ladyjacks (27-21 on the season) will close out the regular season with a three-game series at home against Abilene Christian.