Walker, Huffman down Bridge City in Game One 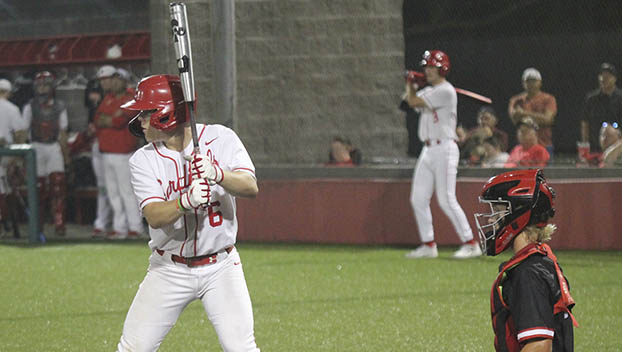 BRIDE CITY – It was tough sledding for the Bridge City Cardinals in Game One of their best-of-three Class 4A bidistrict playoff series against Huffman Friday night as they struggled against Falcon starter Cade Walker.

Walker tossed a complete-game shutout to help his squad to a 7-0 victory. Walker allowed just three hits while striking out 10 and walking three.

The Falcons (19-5-1) picked up nine hits and used a four-run fourth inning to really pull away.

Ramiro Meza put the Falcons on the board with a RBI double off the leftfield wall in the top of the first inning.

After adding a run by scoring on an error in the second inning, Meza once again cranked a RBI double to center to make it 3-0 in the third inning.

Tyson Woodland, Walker and Jacob Walls each had RBI singles for the Falcons in the fourth and they added another run on an error.

Justin Abate, Deegan King and Landon Reeves each had singles for the Cardinals.

Bridge City will look to bounce back in Game Two Saturday at 2 p.m. Game Three, if necessary, will follow 30 minutes after Game Two.