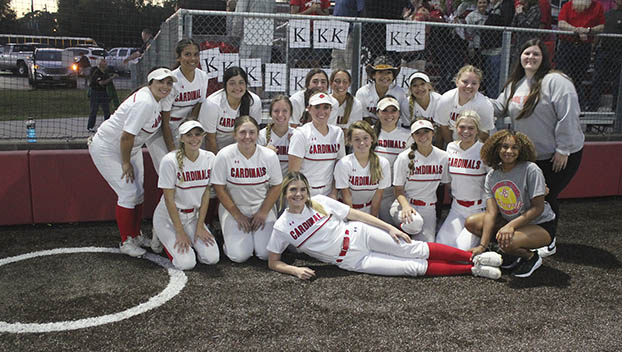 The Bridge City Lady Cardinals crushed Wharton 10-0 in Game One of their Area Round playoff series Friday. (Van Wade/Orange Leader)

BAYTOWN – The Bridge City Lady Cardinals made quick work of the Wharton Lady Tigers in Game One of their best-of-three Class 4A Region III Area Round playoff series at Goose Creek Memorial High School Friday night.

Lady Cardinal ace Carson Fall got the complete game win on the hill as the Lady Cardinals rolled to a 10-0 victory in five innings.

Game Two of the series is back at Goose Creek Memorial Saturday at noon.

Walker, Huffman down Bridge City in Game One