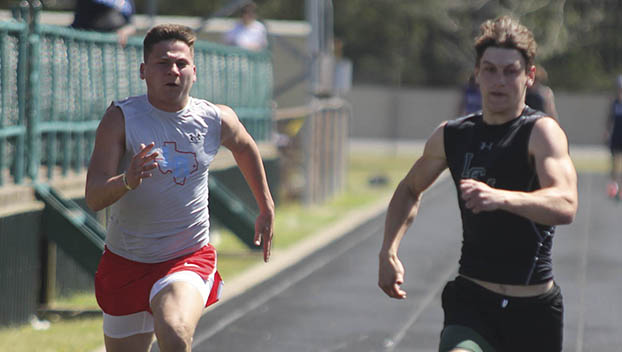 LC-M's Dwight Davis sprinted to a win in the 100 meters at the Battlin' Bear Relays. (Van Wade/Orange Leader)

On the boys’ side in baseball, Orangefield’s Kolbie Sowell, Cooper Longron and Kameryn Henderson each made Honorable Mention.

In track, Little Cypress-Mauriceville’s Andy McDow and Dwight Davis each made Second Team, while teammates Carson Peet and Ezavier made Honorable Mention. Orangefield’s Cade Smith and Payton Wrinkle both made Second Team.

On the girls’ side in track, LC-M’s De’Asia Tippins and Chloe Jacobs made Honorable Mention, along with West Orange-Stark’s Trinity Garrett.