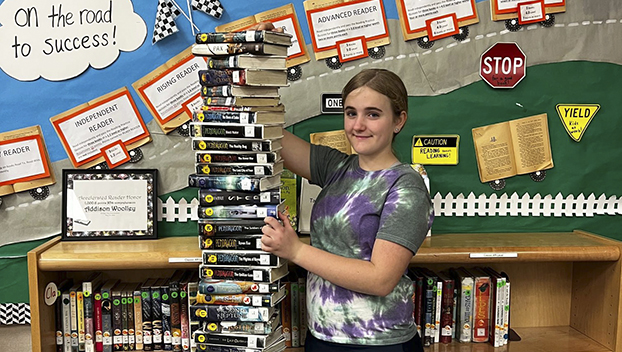 Since she was in third grade, Bell had a plan of breaking the 1,000 AR point record set by Addison Wooley in 2016.

Throughout the summer and over the school breaks, Bell continuously read to meet her personal goal of earning more than 200 points each six weeks, and she did it.

For years, students strived to beat the huge accomplishment set with Wooley’s record, however, Bell is the first student to do it.

Here are the details for Depot Day family fun…