Diamond playoffs all set for end of week; check out the schedules 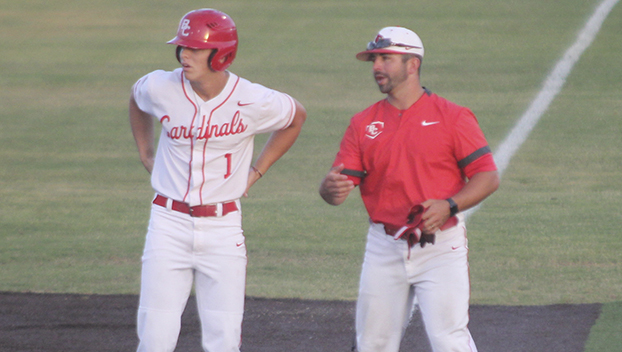 The Bridge City Lady Cardinals will look to extend their playoff prowess in softball this week while its that time for area baseball teams to test the playoff waters as they will look to advance past the Class 4A Region III bidistrict round later this week.

The District 22-4A champion Lady Cardinals battle Wharton in the Class 4A Region III Area Round Friday and Saturday at Goose Creek Memorial High School.

Game One will be at 6 p.m. Friday. Game Two is slated for noon on Saturday with Game Three, if necessary, to follow 30 minutes after Game Two.

The Lady Cardinals turned back Hardin-Jefferson 5-3 and 5-2 in the bidistrict round while Wharton, the third-place team out of 24-4A, defeated Houston North Forest.

Game One is at 5 p.m. Friday at Goose Creek Memorial High School Friday. Game Two is at 8 p.m., following Game One. Game Three, if necessary, is at 1 p.m. Saturday at Port Neches-Groves High School.