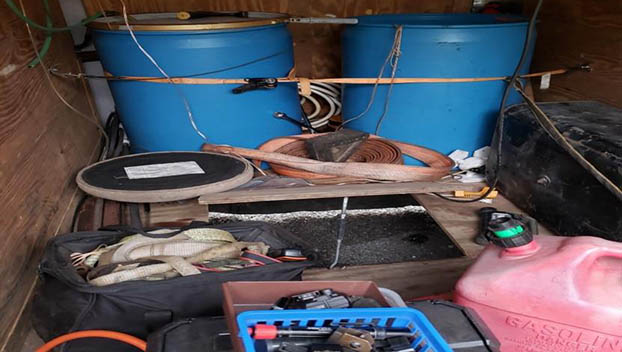 The Vidor Police Department released this picture of items seized during a recent drug arrest.

VIDOR — A trailer rigged to siphon gas without being noticed was discovered, police said, along with narcotics and a loaded AR-15 rifle during a recent arrest reported by authorities.

He said a Vidor Police Department officer noticed a vehicle pulling a trailer at approximately 8:20 p.m. that matched the description of a gas theft in rural Orange County. 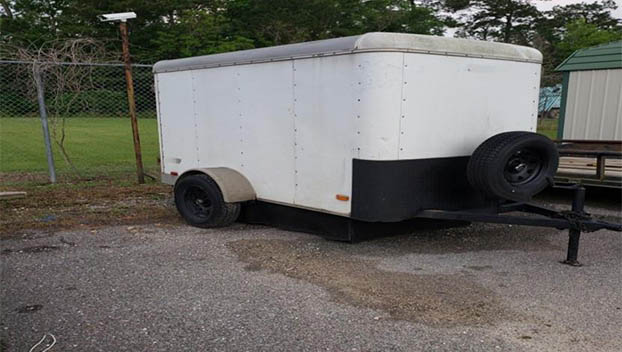 A vehicle pulling a trailer (pictured) in Vidor recently matched the description of a gas theft in rural Orange County.

The officer initiated a traffic stop on the vehicle for no taillights on the trailer.

“During the subsequent investigation, the officer located narcotics, narcotic paraphernalia and a loaded AR-15 rifle inside the vehicle,” according to a release from Carroll.

“When the officer opened the trailer door, he located a trap door in the trailer, which allowed the occupants to park their vehicle over the gas tanks, place a siphoning device into the tank and remove gas without being noticed.”

Authorities identified the driver as Caleb Theol LeBlanc, 31, of Orange.

Carroll said LeBlanc is charged with possession of a controlled substance (methamphetamine), defective equipment and possession of heroin (charge is pending lab analysis).