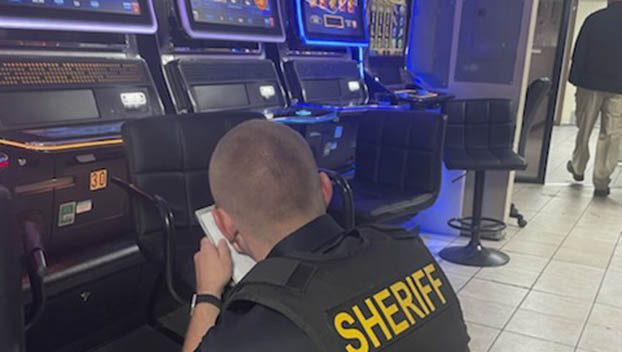 Over the past few years, game rooms have been a topic of discussion for city and county officials across Southeast Texas.

A few years ago, Jefferson County District Attorney Bob Wortham said he wanted to see Beaumont and Port Arthur pass game room legislation. This week, Nederland called off a public hearing surrounding a potential game room in the city due to a recent Texas courts ruling that declared the business model unconstitutional according to state law.

Nederland City Attorney Jesse Branick referred to the case out of the second court of appeals that deemed the eight-liner machine unconstitutional.

These businesses have been polarizing talking points in the area for some time. Some see the gaming rooms as just another business, while others see them as a focal point for illegal activity.

City Manager Brent Walker said council members looked at ordinances from other local municipalities to see what they would like to use.

The council held the workshop after someone requested putting a game room in the city. Walker said the city does not have a game room but does have some businesses that use gaming machines.

The Texas law in reference forbids gambling devices, such as eight-liners, from awarding cash prizes, but there is an exception commonly called the “fuzzy animal rule” that allows owners to award non-cash prizes worth less than $5.

However, last month, the Second Court of Appeals in Texas ruled the eight-liners are unconstitutional lotteries.

The game room operators will likely appeal the ruling, pushing this already 6-year-old case further down the road. If the appeal goes to the Texas Supreme Court and it rules the machines are unconstitutional, voters would have to approve a constitutional amendment to authorize the machines.

Many Southeast Texans are watching as other states across the country legalize sports betting.

The practice is illegal in Texas, but some lawmakers are hoping to change that.

While the outcome of the eight-liner machines might not have an impact on the future of sports betting in the state, it is surely something to keep an eye on.

Chris Moore is a contributor to the Orange Leader and sports editor for the Port Arthur News. He can be reached at chris.moore@panews.com.