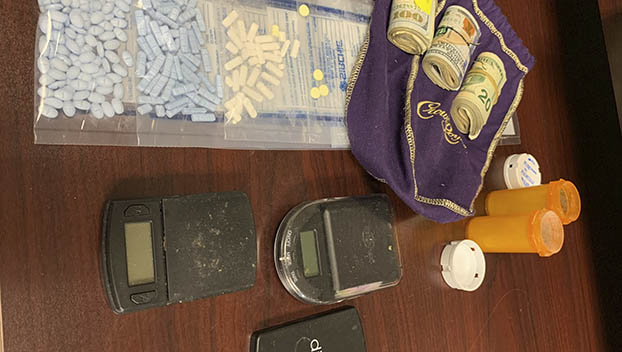 The three dozen civil forfeitures cases all had one thing in common, Gremillion said — criminal activity.

“One hundred percent of civil forfeitures I have handled stem from alleged criminal activity,” she said. “The vast majority stem from drug trafficking/money laundering, but there has also been some illegal gambling, human trafficking, etc.

“The number varies, as you can imagine, but I generally handle a dozen Chapter 59 seizures cases per year on average.”

“Since our area law enforcement works together on cases, I thought it was a good idea to also get everyone on the same page regarding asset forfeiture with recent case law, what the trial and appellate courts have held on certain types of cases or evidence,” Kennedy said. “It also covered how my office handles asset forfeitures and what we require for a case and how we work our case.

“Most law enforcement don’t get to see how a case is handled once they turn it over. I wanted them to know what all we do once we get a case from them, as well as letting them know I am available for them to call with any questions.”

Gremillion said the general overview of the process was helpful for law enforcement to focus on the applicable laws “as those laws are interpreted and applied by Texas courts, from the district level through to the Supreme Court.”

One case some law enforcement are now becoming aware of is a class-action lawsuit filed in Harris County Aug. 30 by the Institute for Justice, claiming Harris County is “one of the biggest abusers of civil forfeiture” and to “vindicate the constitutional rights of all property owners in Texas,” said Arif Panju, managing attorney.

“Harris County has an unconstitutional financial incentive to seize and forfeit cash and other property without probable cause and to do so excessively, sweeping in innocent people and property,” Panju said. “Its practice of using form affidavits, vague allegations and tough tactics instead of evidence of crimes also violates the Texas Constitution.”

The case stems from an incident involving Ameal Woods and Jordan Davis who got “trapped by Harris County’s forfeiture racket and want their life savings back,” Panju said.

The pair wanted to own their own trucking business and accumulated more than $40,000 after saving money from jobs, tax refunds and keeping expenses low, the suit states.

On May 14, 2019, after weeks of scouring ads for used tractor-trailers, Ameal was ready to buy one of his own. He drove from Natchez, Mississippi, and headed towards Houston. But when he arrived in Harris County, police pulled Ameal over, took his cash and sent him on his way without so much as a warning, the suit continues.

Panju said for more than two years, the pair heard nothing from Harris County, including no hearing or opportunity to go before a judge. That, he said, violated the most basic of constitutional requirements: notice.

“People in this country are innocent until proven guilty. But Texas’s civil forfeiture law flips that principle on its head,” Panju said. “Your property is presumed guilty and you must prove your own innocence. No one should have to prove their innocence to keep their own property.”