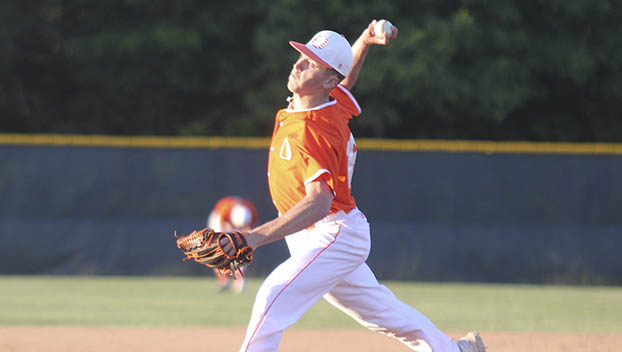 ORANGEFIELD – It was the sweet taste of victory for the Orangefield Bobcats as they avenged their only loss of the season by throttling the Silsbee Tigers 8-1 at Cormier Field to start the second half of District 22-4A play Friday night.

Bodin got out of a bases-loaded jam in the top of the first inning and the Bobcats scratched in a run in the bottom half.

Kamryn Henderson drew a walk and swiped second. Tyler Shearin put down an excellent bunt and the Tigers made an errant throw to first to allow Henderson to score.

The Bobcats scratched in three runs in the bottom of the second. Caleb Fregia and Henderson both reached after getting hit by Simmons’ pitches and Shearin loaded the bases after reaching on an error at second as Fregia raced in to score. Kyle Michael, who had two hits on the night, plated two runs by ripping a single to right.

Silsbee cut it to 4-1 in the top of the fifth as Cash Glaze, who had a leadoff walk, eventually scored on a Chase Hartman RBI single to center.

Orangefield tallied two runs in the bottom of the fifth. Brennon Lecoq walked and Rusten Traxler signled to right. Macoy Marze brought in a run on a fielder’s choice and another run scored when Henderson hit a shot to short that was mishandled.

The Bobcats added two more runs in the bottom of the sixth. Michael singled to center and scored on a Kolbie Sowell deep triple to right-center and Bodin drove in the last run with a RBI groundout.

The Bobcats will look to keep their winning ways when they visit Bridge City Tuesday. Bridge City (5-2 in district) fell to Vidor 10-0 Friday.