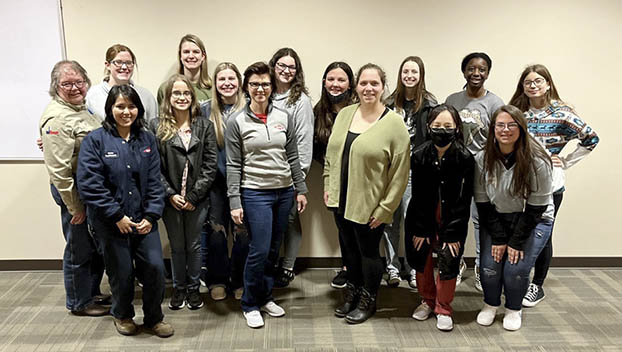 March was Women’s History Month, and local industry partners planned two events during the week of March 21 to honor women in industry and promote STEM careers with high school girls.

During the hour and a half these ladies were at LCM, three student groups rotated between each industry represented for 15 minute-speed mentoring sessions, then concluded with open discussion.

This allowed more time for questions and learning about new opportunities and anticipated growth in local industries.

Students learned about the large variety of jobs available to women in these industries, the specific duties associated with them and the education needed to qualify for such positions. They also learned about a variety of products used everyday by people nationally and internationally that are made in Orange.

“This is the first year for such an event, and we look forward to participating in this, and other similar events, in the future as we build the bridges and partnerships between local industry and education,” a school statement read.