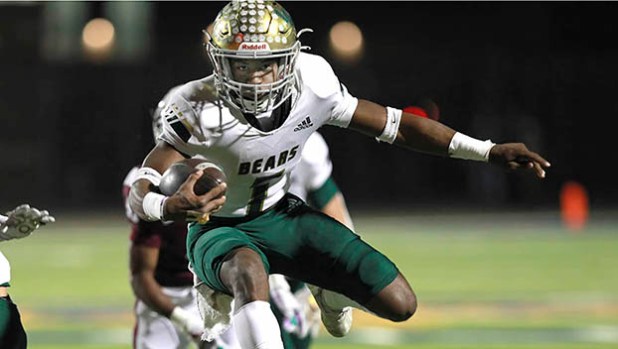 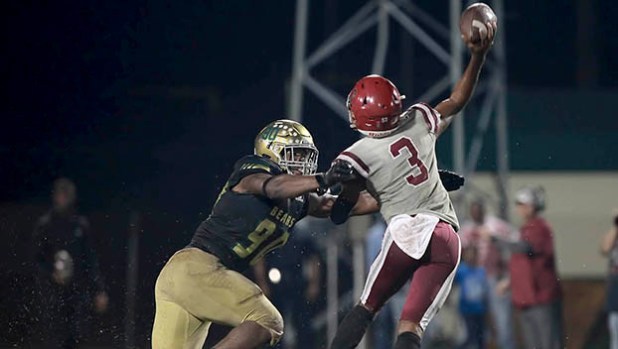 BEAUMONT – The front table at this year’s Willie Ray Smith Awards will certainly have a green and gold tint to it as two Little Cypress-Mauriceville Battlin’ Bears are finalists for the prestigious award.

The Willie Ray Smith Awards will be held May 2 at the Elegante Hotel in Beaumont.

Morris and Washington were key cogs in leading the Bears (11-3) to a District Co-Championship and trip to the Class 4A Region III Finals.

Morris tore through opposing defenses for 1,997 yards and 21 touchdowns on the ground and hauled in 36 receptions for 437 yards and two TDs.

Meanwhile, Washington terrorized opponents on the defensive side, especially quarterbacks.

Washington racked up 87 tackles. He had 18 tackles for losses, including nine sacks to go along with 11 more quarterback pressures.

Joining Washington as Defensive Finalists are Leighton Foster of Newton, Darius Byrd of Hamshire-Fannett and Jayron Williams of Silsbee.