LC-M Tennis Team racks up at 22-4A District Tournament 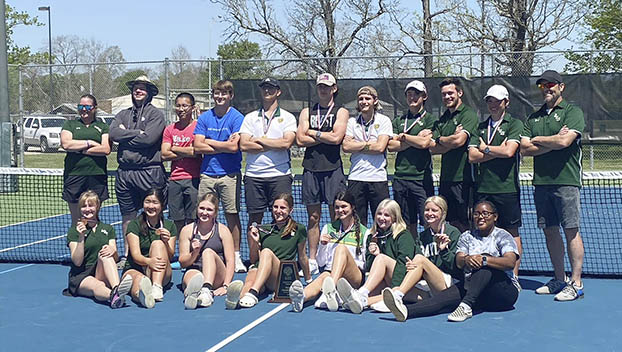 The LC-M Tennis had a successful district tournament and won the district championship! LCM will send seven athletes to compete at the Regional tournament April 11-12 in Bryan.