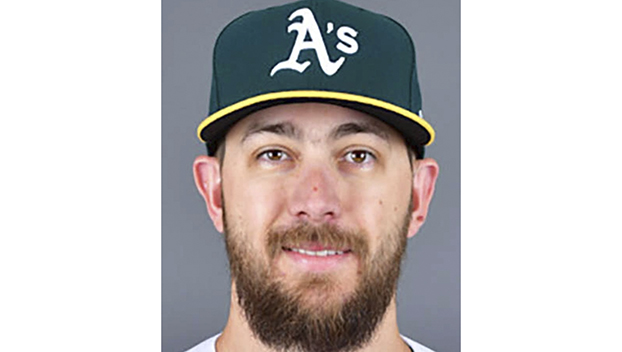 Former Bridge City Cardinal baseball standout Jake Lemoine is finally getting the opportunity he has longed for.

The 28-year old has earned a shot to pitch for the Oakland Athletics in Major League Baseball.

Lemoine, the first Bridge City Cardinals standout to ever make an MLB roster, was invited to join the Athletics on Sunday as manager Mark Kotsay informed him he had made the Opening Day roster.

Lemoine tossed six scoreless innings this Spring for the A’s after spending his 2021 campaign at Triple-A Round Rock for the Rangers, where he had a 2.86 earned run average in 56 2/3 innings in 45 appearances.

“They told Jake he was on his way to the big leagues, but before he booked his flight circumstances changed and then he’s not on the way,” Kotsay said. “So he asked me, ‘Are you serious?’ It was a good moment.”

Kotsay on Sunday also told right-handed relievers Zach Jackson and Dany Jimenez that they had made the team. Their roles are fluid.

Lemoine was a standout for Coach Chad Landry and the Bridge City Cardinals and at the University of Houston before being drafted by the Texas Rangers in 2015.