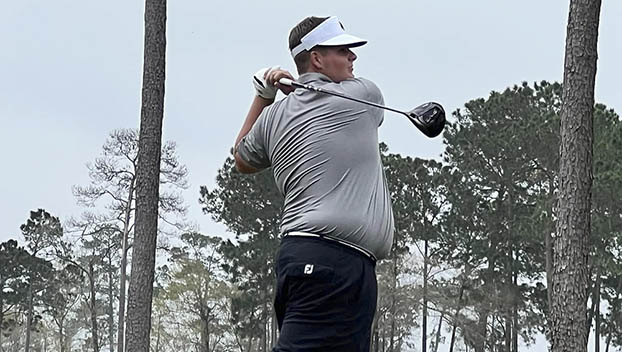 WACO — Texas State came out of the inaugural Bear Brawl in third.

“Today was a great day to learn and get better as we come to the conference championship time of the season,” said Texas State men’s golf head coach Shane Howell. “The guys struggled a bit off the start with the match-play format but rallied late in losing some close matches to UTSA in the morning match.”

Texas State started on hole 10 with UTSA at 8 a.m.

They lost their first match 4-1 to the Roadrunners. The Bobcats went on to win the third-place match 3-2 against Abilene Christian.

“In the afternoon matches, the guys were a lot more comfortable and played some great golf,” Howell said. “Our freshman, Jack Burke, won his last two holes in the anchor match to secure our win against Abilene Christian. This should give the team and him a great source of confidence when we arrive at the Sun Belt Championship.”

The Bobcats travel to Charlottesville, Virginia, to compete in the Lewis Chitengwa Memorial April 11 and 12.

This will be the last tournament for the Bobcats before entering the Sun Belt Conference Championship in late April.