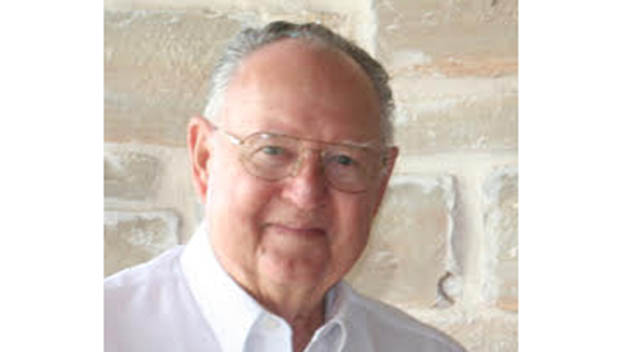 Richard was one of three children born to Oscar Payne and Merle Simpson Payne.

Richard had a long life filled with adventure most of which was enjoyed alongside his late wife as they were inseparable.

They were married on September 12, 1959. The couple had two sons whom they raised in Bridge City.

Richard and Pat moved to Horseshoe Bay in 2005, to be closer to their son, daughter in law and two grandchildren.

Richard was a hard worker and self-starter. He worked for Dupont for eighteen years.

While working at Dupont, he built and managed a small apartment complex. He built multiple houses, many of which he lived in with his wife.  He later had a successful home inspection business prior to retiring.

Richard enjoyed many hobbies. He was a licensed pilot. He enjoyed hunting and fishing.

He enjoyed visiting the casinos. He enjoyed gardening and cooking with his late wife, Pat. He enjoyed spending time with his grandchildren and sharing his knowledge and skills with them.

Richard is survived by his son, Michael Payne and his wife Laura Payne, his granddaughter, Juliane Payne and grandson, Alexander Payne of Austin, TX.

He is survived by his brother, Joseph Payne of Orange, Texas, sister, Shirley (Payne) Owen of Loganton, Pennsylvania, as well as his cousin, Anita Ricks and her daughter, Charla Ricks. He was proceeded in death by the love of his life, his wife Patricia Payne, and his son, Richard (Ricky) Payne and his best friend, William (Bill) Ricks.

He was also preceded in death by his parents.

Afterwards, please join us for a reception for family and friends at the BC Knights of Columbus Hall 770 Avenue A, Bridge City, Texas.

Light refreshments will be served.