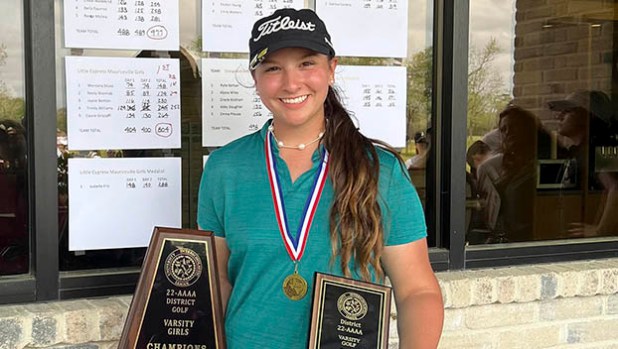 It was the second straight 22-4A District Championship for the Lady Bears.

Rylie Kethan shot a 104, bringing her two-day total to a 207, placing her fourth overall in the district. Kethan qualified for the Regional Tournament as one of the district’s two medalists. She will be competing at Ravens Nest/Bearkat Course in Huntsville on April 17th and 18th.