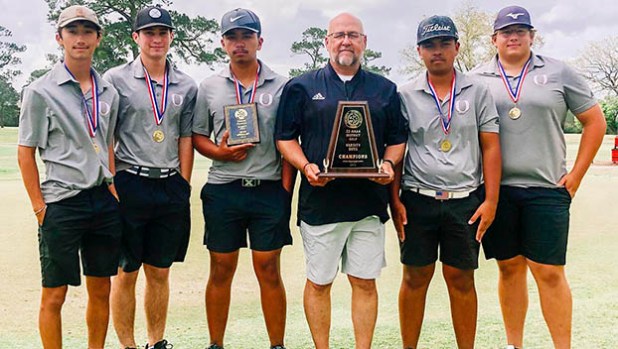 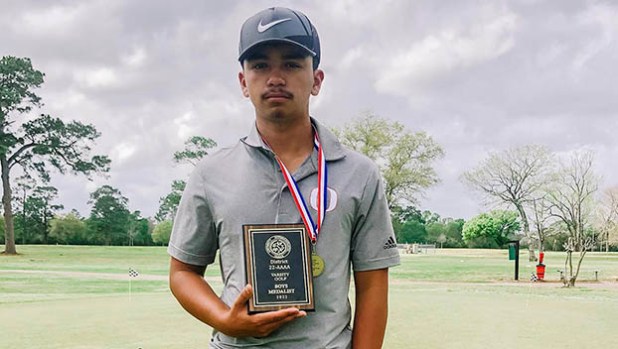 BEAUMONT – It was a golden day for the Orangefield golf team and Bobcat standout Xander Parks as they captured District 22-4A golf titles at the Homberg Golf Course Tuesday.

The Bobcats took the top spot, shooting a team score of 340 on Monday and would follow that up with another 340 on Tuesday, with a combined total of 680.

Bridge City finished in second, shooting a team score of 333 on Monday, followed by a 355 on Tuesday, with a combined total of 688.  LCM finished third, with a two-day team total of 803.  The top two schools advance to the Class 4A Region III Tournament, which will be held at the Bearkat Golf Course, in Huntsville.

In the race for medalist, Orangefield’s Parks took home first place, shooting 79 and 76.  The second-place medalist went to Bridge City’s Tim Weaver, shooting a 78 and 85.

Senior Little Cypress-Mauriceville Bear golfer Will Van Pelt qualified for the 4A Region III Regional Golf Tournament. Van Pelt fired an 86 Monday and followed that with a round of 90 Tuesday to post a two-day total 176.

Van Pelt finished 7th overall individually and posted the best score outside of the top two teams advancing to grab one of two individual qualifier spots in the Regional tournament. Also for LC-M, Junior Gavin Laffitte just missed out on the second Regional individual qualifier spot, losing in a playoff to Conner McCollum of Lumberton. For the Bears, Laffitte finished with an 89-89/178, Lance Hodkinson shot a 108-109/217, Jacob Johnson posted a 113-125/238, and Zade Roy finished with a 136-119/255.