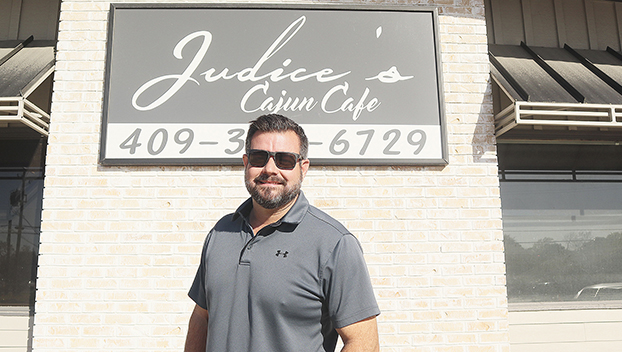 BRIDGE CITY — Al Judice said he is aware of the weight his last name carries in Southeast Texas.

His family opened Judice’s French Market and Deli decades ago in Port Arthur. His grandfather is credited with bringing boiled crawfish to Texas.

Today, Judice owns a location in Nederland, but Judice’s Cajun Café in Bridge City was first for him.

The Bridge City location used to be Gary’s Coffee Shop, where Judice said he would get breakfast regularly.

“I went there in high school,” he said. “It was here for like 40 years or something. I came up one morning back in 2014 and they were closed. I didn’t know what happened, so I called one of the waitresses who took care of us all of the time. She said they filed bankruptcy.”

Judice began inquiring about buying the property and ended up as the lone bidder at the sheriff’s auction.

He renovated the location, called up the previous staff and opened Judice’s Cajun Café.

“We started up and it has been a dream,” he said. “We only have 75 seats here. Prior to COVID, the national average for restaurants is around $12,000 a seat per year. That is what you generally generate in sales. We doubled that. This little place has been amazing.”

Judice said the family name helps but doesn’t change how he operates the business.

“My standard for service is based on how I want to be treated,” he said. “The name is a great thing. If no one is there to back it up, it doesn’t mean a thing. Everyone’s last name is important. Mine is no more important than anyone else’s. We just had a grandfather that did some crazy things. But he made people feel special and he invested in people. To me, that is more important. If you invest in people, you always get a return on your investment.”

Judice takes the same attitude to his employees, teaching that no job is too small.

“We hire certain people to do certain jobs,” he said. “I had a fry guy that thought being on the fryer was a lowly job. He wanted to see about moving to a different position. He came into my office and was upset. I told him he was looking at it wrong. If it is more money, we would give him a raise. Something like 85 percent of the food in this place goes through him, so he is vital to what we do.”

As far as the menu, Judice wants to provide a home-cooked feeling.

“I want people to feel special when they are here,” he said. “I love that my wait staff knows people’s names. You feel good when people recognize you. Everyone wants to feel special.

“Our stuff is made from scratch. We like to see customers eating and smiling, and it takes them back to a time when their mom or grandma made a certain dish like that. You cannot beat time-machine food.”