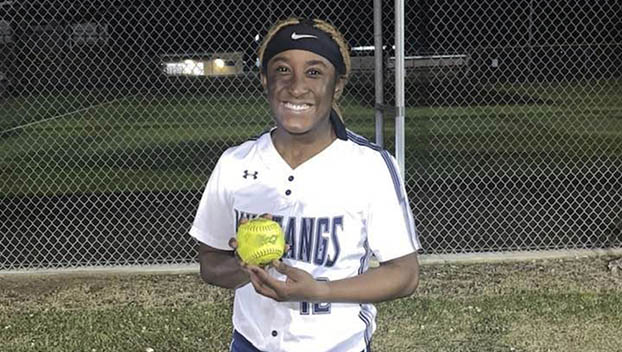 WO-S' T'Era Garrett had a great game at the plate despite the loss to Vidor as she had a grand slam, a double and drove in six runs for the Lady Mustangs.

SILSBEE – The Bridge City Lady Cardinals ran their record up to a perfect 5-0 in District 22-4A play with a 14-0 win in five innings over Silsbee at Lady Tiger Field Wednesday night.

Carson Fall got the win on the hill, striking out 15 in five innings of work, allowing just one hit with no walks.

The Lady Cardinals piled up 11 hits and used a big eight-run fourth inning to help put the game away.

The Lady Cardinals will close out the first half of 22-4A play next Tuesday at Lumberton.

T’Era Garrett had a huge outing for the Lady Mustangs, including a grand slam and a double that drove in six runs.

The Lady Mustangs will head to Orangefield Friday while the Lady Pirates welcome in LC-M.